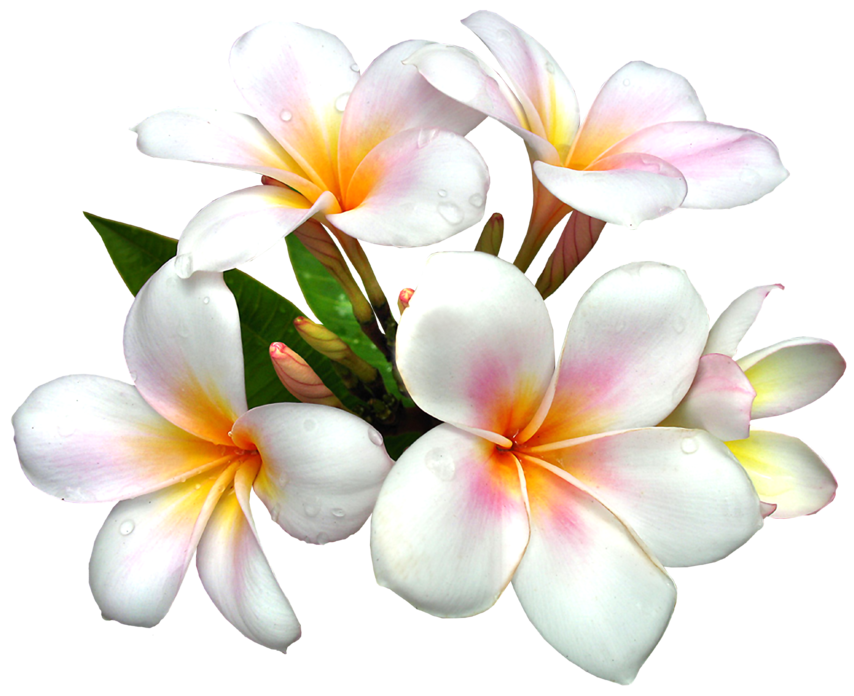 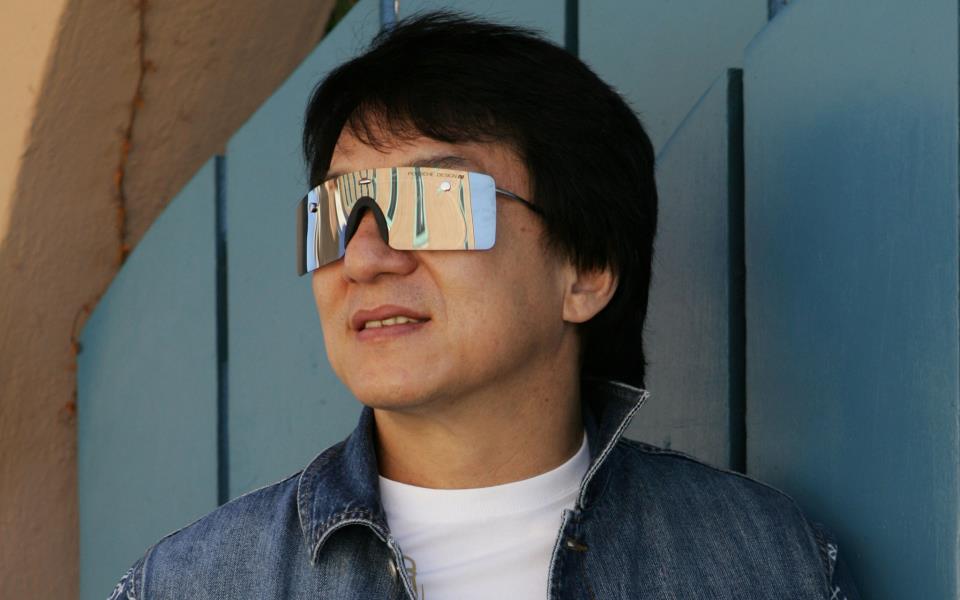 The AC is broken but there’s a breeze in the theater, coming from somewhere else. It’s warm when it hits your cheeks, and it puts you to sleep.

Maybe you’re dreaming; you’re eavesdropping on your parents. They’re in the living room, having margaritas and mock-dancing with several of their friends from the neighborhood. You can’t quite make out what they’re saying, but the conversation seems gentle and grave at the same time. The voices aren’t muffled, exactly; it’s like they’re speaking in a dialect adjacent to yours, and you’re paying attention too closely. They spy you peeking between the bars of the staircase and casually invite you into the living room. “Come say hi to our friends,” you recognize the string of words. 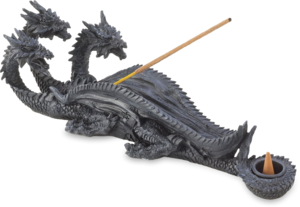 As you enter the living room, you realize you’re not a child. You’re 30 years old. And for some reason the front door of the house has been open the whole time. There’s a line of dust remembering the threshold, and for a single dream-conscious moment, you’re nervous that you might wake up in Iraq. But you don’t.

From the texture of the breeze coming through the doorway, you sense that it’s almost morning. It’s telling you about heat. “How long was I asleep,” you ask, touching behind your ear. No one moves.

You hear a giggle and turn to see your mom in the far corner of the room, pulling a lampshade off her head. An alarm clock clatters to the floor beside her. You look past her to the front door, still open, and realize that there’s a Hall and Oates record spinning on the turntable. The longer it plays, the more you recognize it, the lean beat and the saxillo.

Then one of your parents’ friends asks you from behind: “Would you vote for Hillary again?” 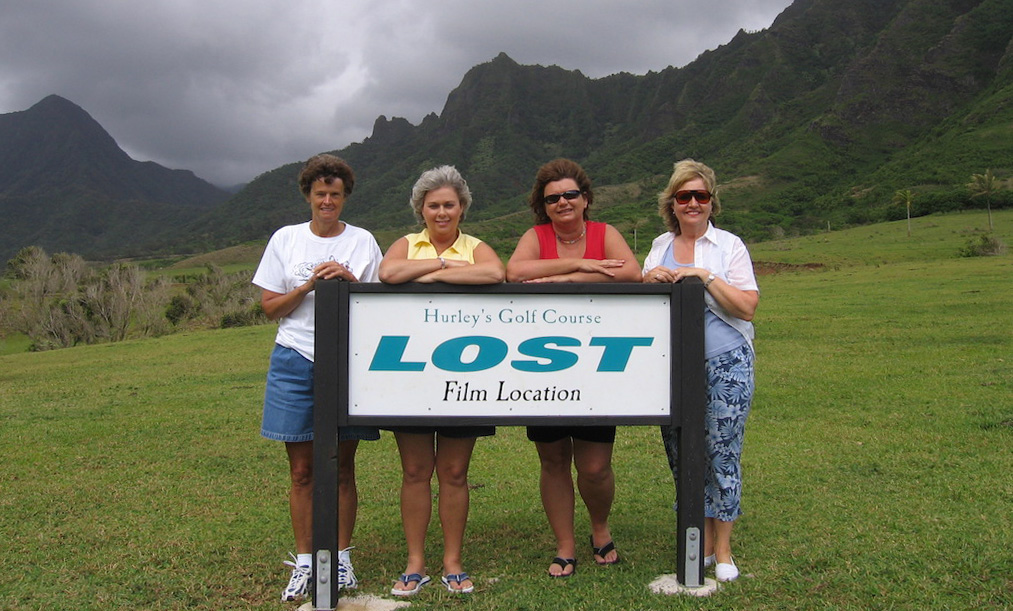 As Jurassic World races through the jungle foliage, it takes the first blow: hard, but not as hard as it might have expected. The fourteen years since Jurassic Park III have thickened its scales; in some places they run deep as nails, layer upon layer. They have a word for that. Critic-proof. It mouths its first critic’s words, capturing them: “A reboot devoid of the two sequels’ sense of play, and more crucially, the original’s sense of wonder.” It feels the jungle getting denser, a threat closing in, the weight of a Rotten Tomatoes page filling up.

When Jurassic World reaches the shore of the island, it finds fresh footprints in the hot sand. Others have been chased off this island, some even killed. It pulls a sharpened arrow out of one of the footprints, looks around and notices hundreds more, all hewn from internet thesauruses and garbled memories of Pauline Kael’s 5001 Nights at the Movies. The occasional impact it felt in the jungle must have been the arrows, but they each had glanced off its back. It’s triumphant, but weakened. It remembers the studio executive’s mission, the gauntlet of money: to beat the opening weekend of The Lost World: Jurassic Park. The highest opening weekend of all time at the time of its release, all those years ago. $72.1 million doesn’t seem too bad until you adjust for inflation: $127.6 million.

But there’s no time to do the math. Inside Out‘s impending release is already pounding in Jurassic World‘s head. Is wonder an emotion? It gathers logs, dry grass and stray bark and begins arranging it the best it can with its stunted dinosaur arms, careful to avoid the lapping surf. Keeping the spindle between its hands is harder still. It grunts in disapproval. I fell asleep during this scene of Cast Away.

Jurassic World is building a fire. It feels a presence emerge from the forest but refuses to acknowledge it. After many tries the first rings of smoke trace the sky. It barks in excitement at the smoke, and continues. Its work isn’t done until it can find her, the other. Aloha is out there somewhere. 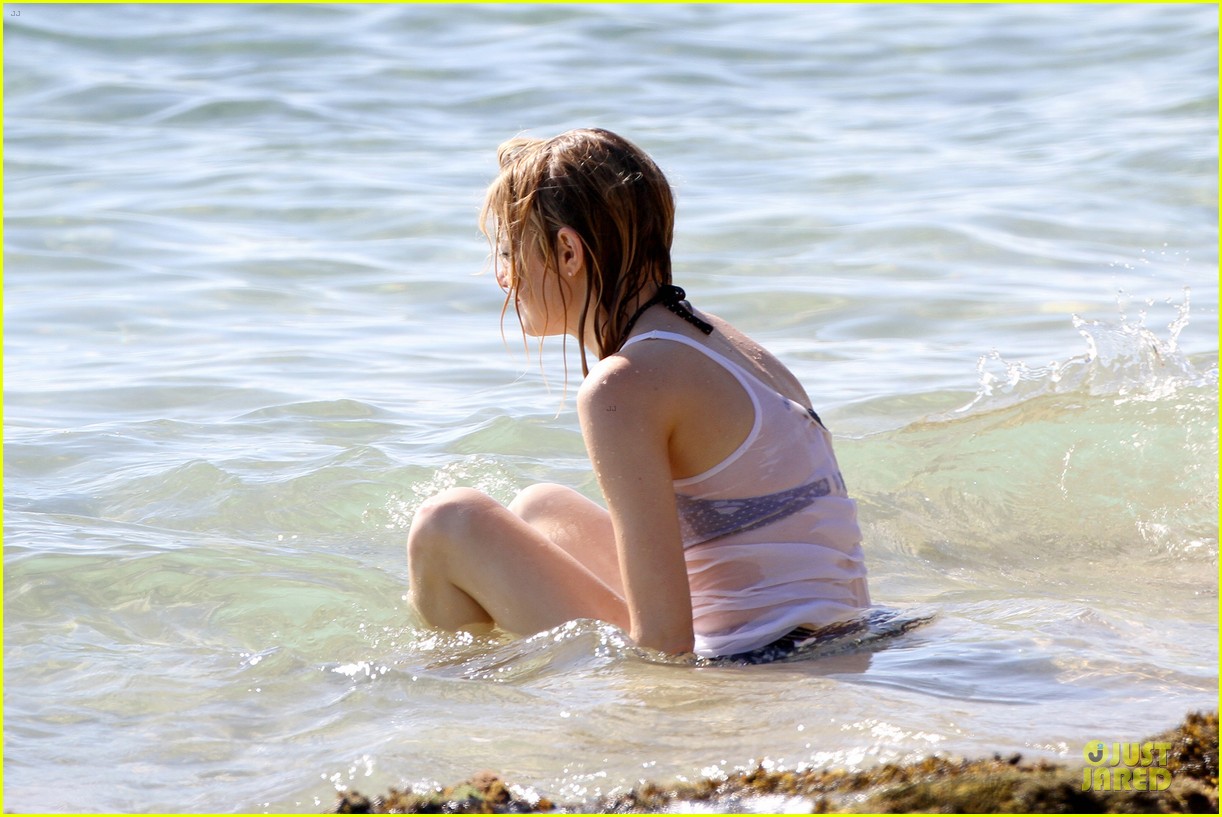 On June 1, 2015, opening weekend estimates put Aloha at $10.0 million. I can work with that, she thought at the time. It’s just like Instagram. If actuals don’t adjust me up, I’ll just like myself to make 11. But the weekend actuals on Monday revised her down, to $9.7 million. And then her second weekend came, along with a precipitous -67% decline. Her fate was sealed.

She’s several days wiser now, closer to the brink. They’ll pull her from the rest of the theaters soon, maybe give her a cursory run at that place in the Valley that charges $1.50 on Tuesdays. She stares into the house from the front lawn and counts 9 people inside, maybe 10. One of them might be Amy Pascal, but a lampshade is covering her face, so it’s hard to tell. She has so much to tell her, how hard she’s tried. There’s a boy whose sweet face reminds her of Cameron Crowe when he was young. Why is he wearing footie pajamas? He could be 33. He enters the room now, hesitant. The woman who might be Amy Pascal removes the lampshade from her head and Aloha sees a mother beneath, beaming at her son.

A gull draws her attention above the roof line and she sees it: the faintest cloud of smoke, drifting from due East. Jurassic World knows I’m out here, she realizes in ecstasy. It’s looking for me. Clever girl. 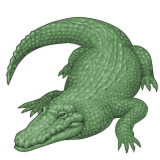 A loud rumble finally wakes you from your sleep. You’ve slumped over onto your side since this auditorium has no armrests, and the chairs certainly don’t recline. There are only two other people in the theater, and they appear to have fallen asleep, too. Their faces are obscured—his beneath the rim of an orange Texas Longhorns cap, hers buried in his windbreaker. You lift yourself up, squinting to find that Aloha is still playing on the screen, as faint and mild as you left it.

The rumble sounds again, and you realize that it’s coming from the neighboring auditorium.

When it comes to Cameron Crowe, some of us never woke up from We Bought a Zoo, which we watched sandwiched between two auditoriums: one showing The Descendants, and the other The Artist. But when we were in the auditorium with Jerry Maguire in 1997, we could hear the trailer for The Lost World booming next door, attached to the Star Wars re-issue. 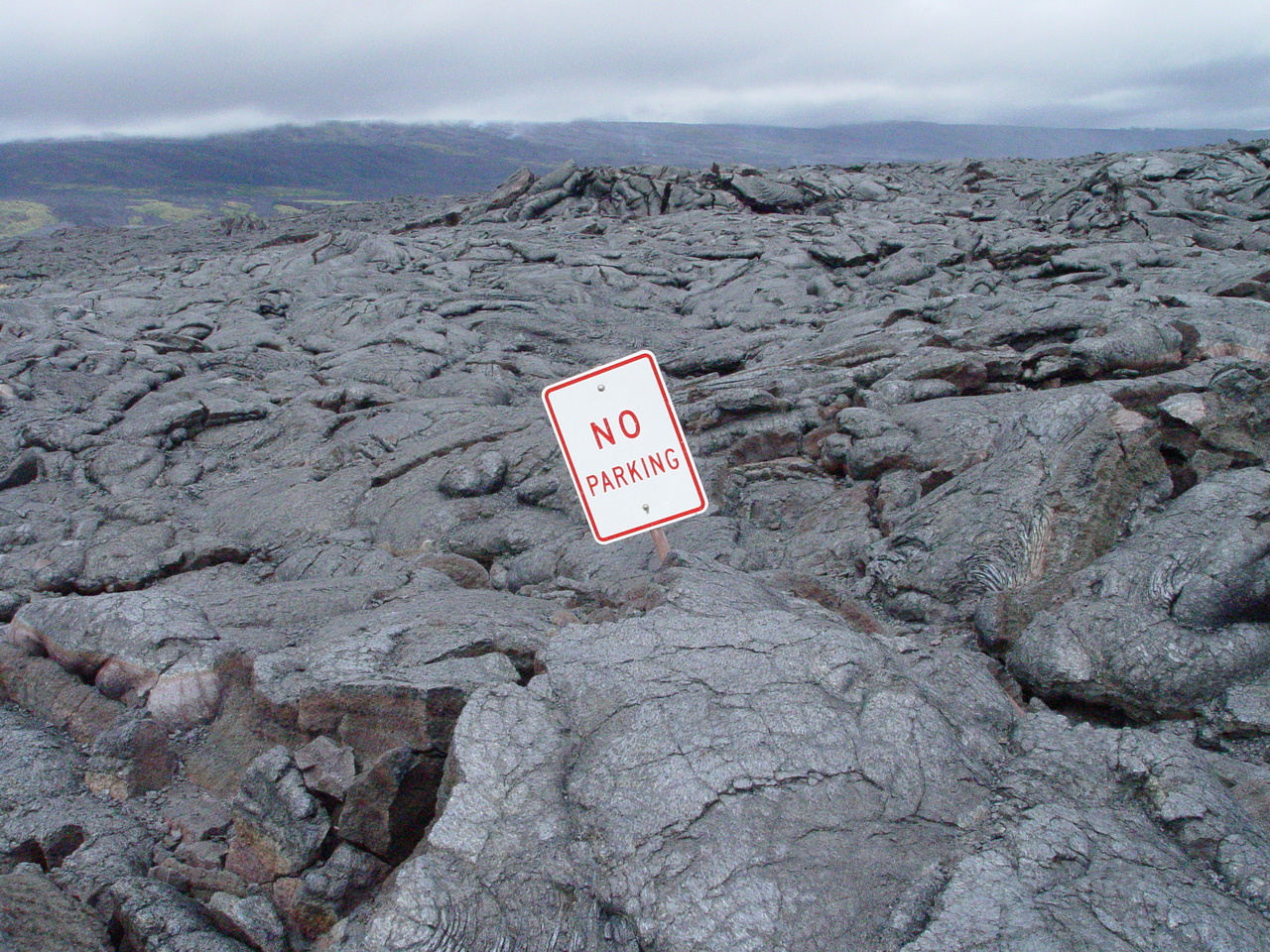 For kids, dinosaurs (and the attendant phenomena of Jurassic Park) are a way of unconsciously situating the Earth on a time continuum, however imprecisely. Aloha is that same sense of wonder—time passing us by, tickling us—separated from any point of origin. It’s an approximation of the Beyond without the bed, or the bath. Maybe Hillary’s in her first term, or maybe you’re 33. Maybe The Notebook’s Rachel McAdams was struck by Adaline’s electricity, and left 1940s South Carolina to find herself in Hawaii, years after American Sniper, raising a family without Ryan Gosling. But Bradley Cooper’s close. Aloha’s freewheeling mysticism needs a home for it to grow; Jurassic World, born on a neighboring island, could be just the place. The problem is, Aloha might have showed up a few weekends too early, because Jurassic World was only ever given one mission: to run as fast as it can.

Jurassic World is the inevitable number one, and will easily pass The Lost World‘s adjusted $128 million. The Twilight Saga: Eclipse has already joined it on the beach, gracefully laying the June opening day record at Jurassic World‘s feet. “Take it if you want,” Eclipse whispers as she retreats along the beach. “I didn’t belong in June anyways.” Aloha, in its third week of release, should wind up at something like $1.7 million, and well outside the top ten. Will Jurassic World think to look in its rearview mirror come Sunday? Will it know wonder when it sees Aloha’s face?

Sure, you say without looking behind you, I’ll vote for Hillary again. 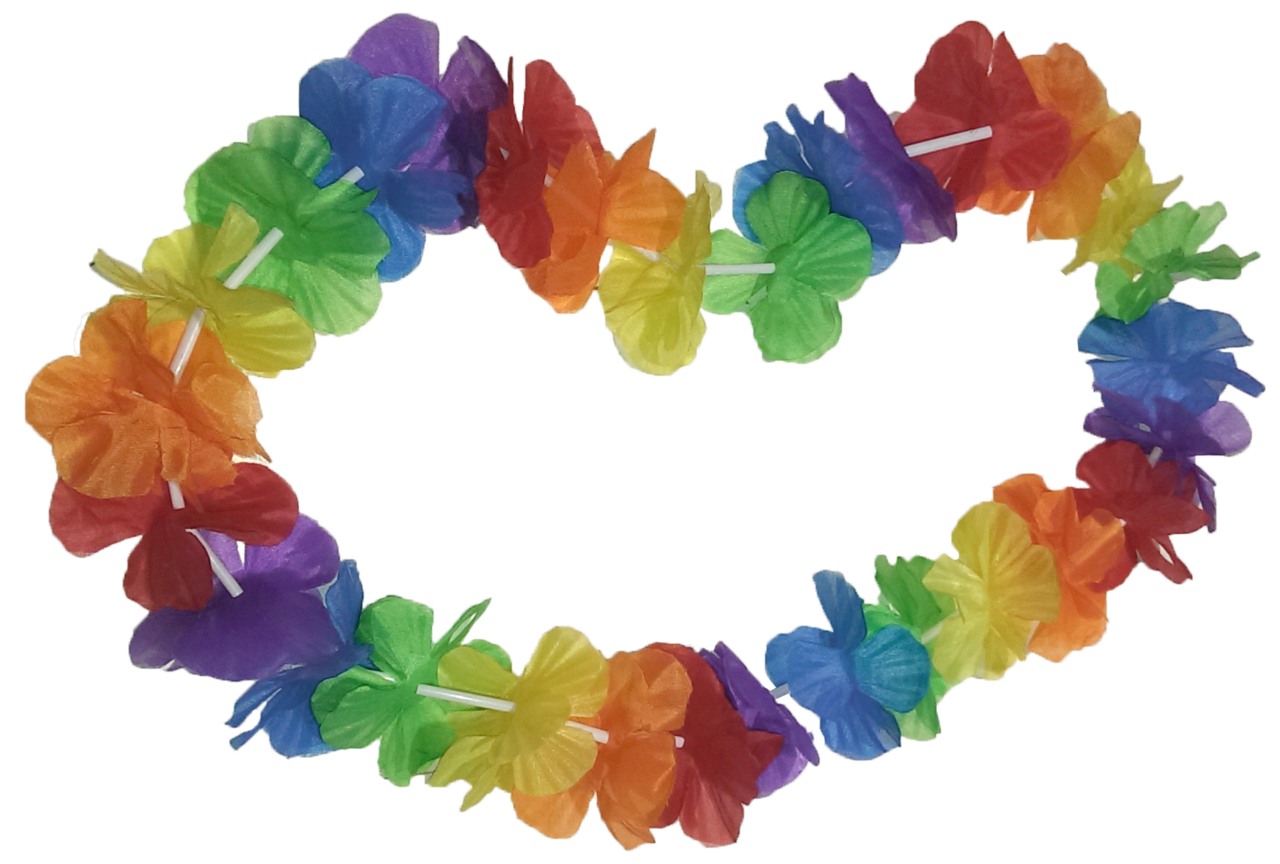