Not all money starts out as box office—and not all horror stories start out scary. Ghosts and box office records are real, this much we know, and there are months where none of them are broken.

A whisper, a plastic bag; a street scene, casually. The scene is rendered in temperatures just below comfortable, the sun and moon clouded in equal measure. People exit shops, laughing; people stand beyond little fences drinking white wine, the very last of summer, perhaps a cold drink now but a hot meal later. Most people face in the same direction, and if they aren’t already moving, they intend to. A Guy Fawkes mask floats by, dangling off the top of someone’s guitar case; a flash of dry, silver hair creeps around the next corner, where Starbucks used to be.

Some people are walking in the wrong direction. They’re walking away from Goosebumps.

It’s the third weekend of October, and we’re among those with white wine, beyond fence. R.L. Stine’s daughter is our waitress: the long-lost sister of Rory Gilmore, her brown hair tucked against restaurant black. She’s busy tonight, no rush on the bill; any way you split it, we’re running the rest of the way to the theater. We run a lot these days, away from some things and into others. One of us rescheduled a transcontinental flight to 7 a.m. the next morning, allowing us time to see Goosebumps on its opening night together. Each one of its 103 minutes is a soft brick thrown against time and distance. 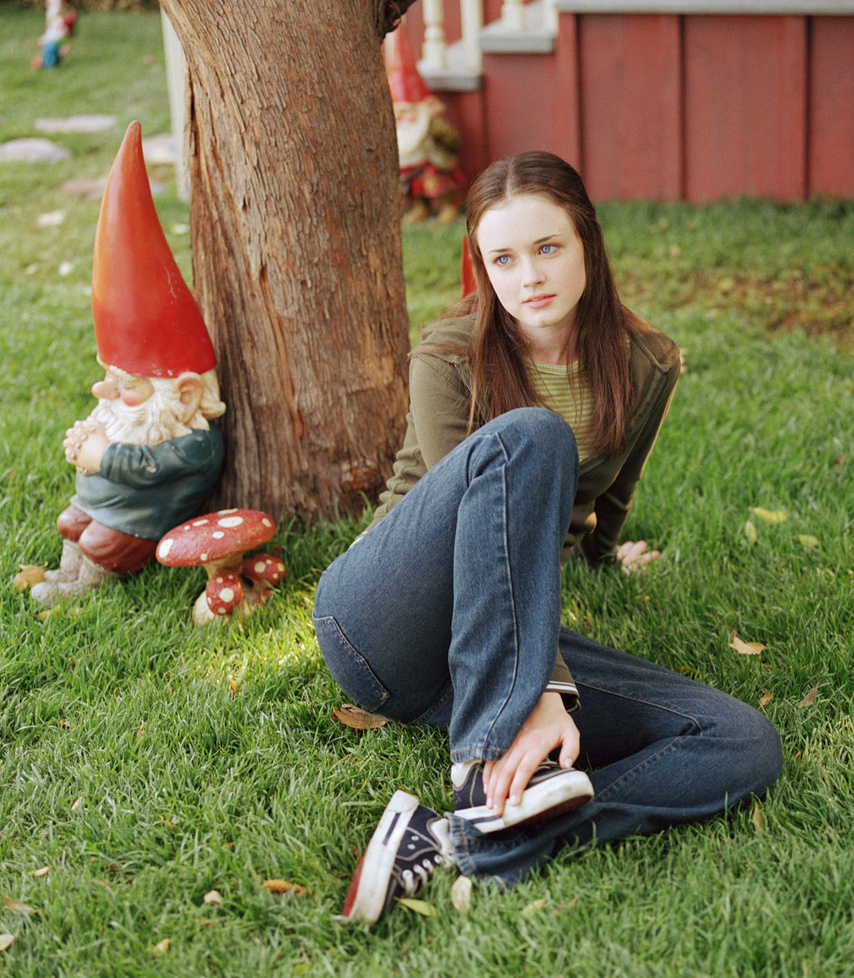 There’s no box office worth counting these final weeks of October, a fact we’re reminded of over and over again, so we rake dead leaves, matted against one another in a vain, expiring wetness. In the raking we upturn old records, some not even box office records but they’re all box office records to us—page counts from the original Goosebumps book series, which lasted from 1992 through December 1997, the month of Titanic’s release. The 31st book in the series, Night of the Living Dummy Part II, shattered the record with 188 pages in 1995 on the same weekend that Casper haunted the top of the box office charts. No subsequent Goosebumps topped that page count. We wished then that its release had been timed to match Halloween, but now it makes sense that Dummy II was published in May. Things in May used to break records.

These final weeks of October: it’s easy to see yourself seeing The Martian, but you haven’t quite; you forget whether any of the vampires in Hotel Transylvania 2 had sharpened teeth, and what it’s supposed to mean if they don’t; Steve Jobs was kinda worth it just for getting to see Kate Winslet’s name in the Apple font; for all you know, the trailer for The Walk is still playing in some theaters, growing older still than Spider-Man. You look forward to November, a month without the possibility of Everest. 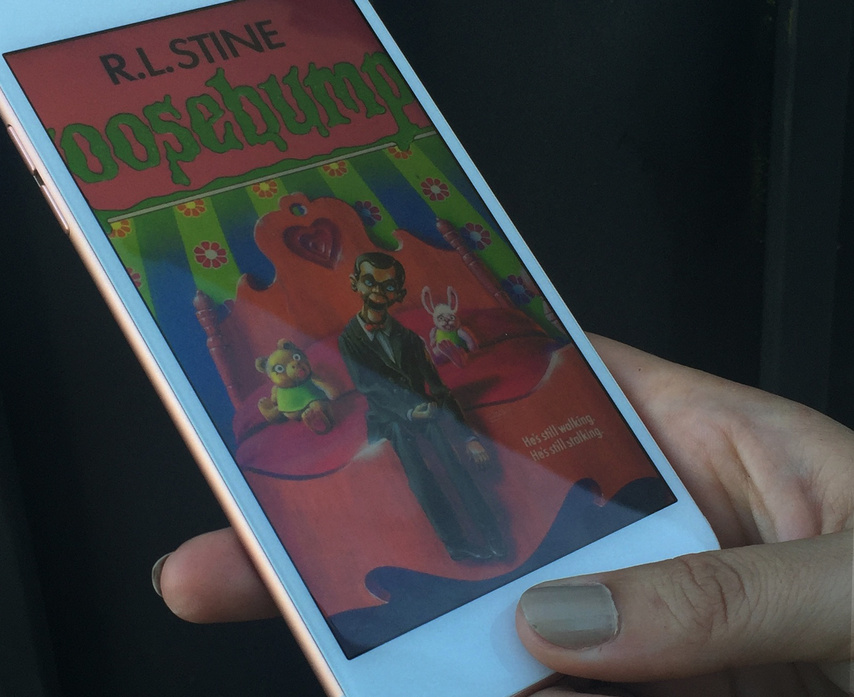 It’s still opening night on the colder coast; a rose gold iPhone 6s Plus rests on the table, the bill is being paid.

“There’s this crazy new feature,” K says, pressing down and holding the most recent photo in his photo stream. The image unlocks and shifts frame upward, revealing the second or two before the photo was taken.

“Dope,” I agree. A dog beyond the wine fence lets out a violent bark, gaining my attention.

That’s when I gasp, because there is someone else in the photograph. That someone is behind the box office, too, and that someone is definitely not alive—her skin is a ghastly, translucent blue, and her face crawls with purplish worms, its left eye gouged out to unveil a deep, spooky socket. But I can still make her out. That someone is R.L. Stine’s daughter.

And then I feel a tap on my shoulder, and everything goes black. 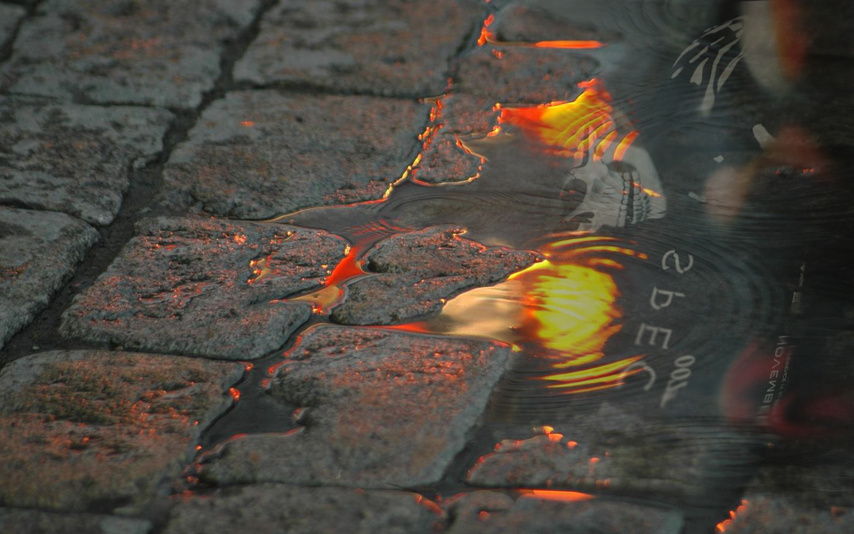 We wake on crisp ground, outside the locked entrance of another theater that we don’t immediately recognize. There’s a puddle where the pavement dips a couple feet from where we lay; beneath some floating leaves we discern Spectre’s skeleton face, twin eyes looking through us and beyond to the lobby where Peanuts’ cardboard seat is squaring off against Mockingjay’s stupid throne. Spare coins throughout the theater are gathering for Peanuts, nickels and dimes righting themselves in the murky corners and rolling steadfast across the red-and-gold lattice of the carpet like an army of lawn gnomes. Mockingjay grimaces, noticing a vacuum discarded against the wall behind it, unplugged.

We fumble at the ticket kiosks, our hands shaking from whatever we’ve just experienced. We know what we have to do, and it costs $15.50.

“Having trouble over there?” We spin around, eyes wide. R.L. Stine’s daughter is staring at us from the box office window. “Shana,” her nametag reads, Shana Stine. Her face is completely wormless, even cute. Unbroken, like the October box office.

“Weren’t you…?” K begins, trailing off. Shana cocks her head.

“You weirdos have your Star Wars tickets yet?” she asks. We hesitate, embarrassed. “Come on, guys. It won’t ever be Christmas without them.” We nod in agreement and walk in silence through the rest of it, the concession stand and the final hallway, always waiting for us like a cemetery with well-lit gravestones. There are no other patrons or employees here but the leaves have followed us inside, their bronzed plumage licking and retracting, drifting into the checkered bathrooms and tussling in the stalls.

“What’re you seeing, anyway?” Shana calls out. She’s as bored by the October box office as we are and doesn’t hide it, she calls it her crimson pique.

Our mouths open at the same time, ready to speak a movie’s name out loud. A lone snowflake falls outside, producing a tremor in Spectre’s puddle; a winter inevitable, as inevitable as $760 million. A breeze from behind, more leaves. Shana must have left the door open. Goosebumps.