Your name is Elsa, and your name is Anna. Your name is Cinderella, too. And you’re also that little girl, waiting at the top of the box office steps with a single glass slipper clutched to your chest. You’d get up to move, but you’re immobilized in knowing that there are a lot of men sitting in carpeted rooms in Hollywood, and they have a whole lot riding on you—things that were set in motion by Shrek and have been tracing the canyons in Southern California ever since, slowly gathering speed. This is one of the first big box office weekends of the year, and you’re the star. It turns out Liam Neeson couldn’t hold down the winter months alone. Katniss and Tris taught him that, and they didn’t have to speak through an intergalactic bookshelf to invite you up into their treehouse.

Yes, you’re the star this weekend. And you’re still a virgin. 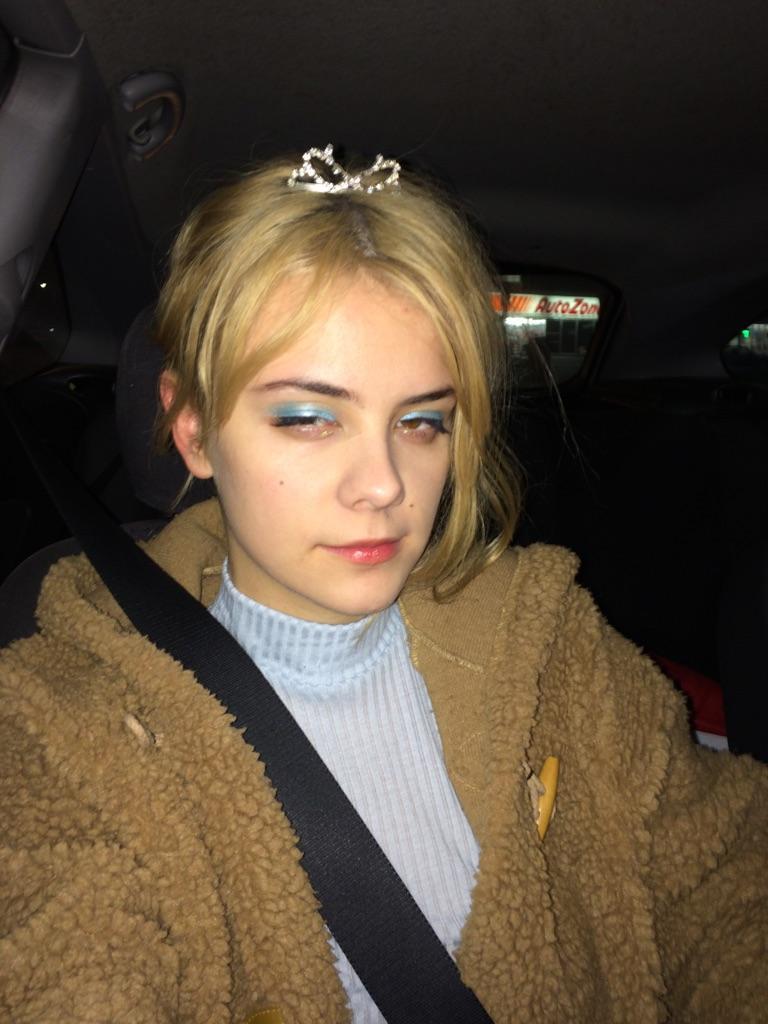 Tangled and her gay best friend Harry Potter and the Deathly Hallows Part 1 were pretty content staying in weekend after weekend that winter of 2010, fighting the cold, streaming The Wizards of Waverly Place on Netflix. Neither of them was eating gluten but occasionally they’d make ice cream sundaes; “Let a little bit of the cold in and it can’t hurt you,” Tangled would say with a sharp glance out the window. One night they reluctantly went out and Harry Potter ditched her at the bar to go home with The Chronicles of Narnia: The Voyage of the Dawn Treader, even though neither of them could remember the other’s last name. They figured it was the first that counted; if pillow talk stalled they could compare franchise fatigues. In another bedroom it was easy for Tangled to remember The Tourist‘s name as she slipped its business card into the cup of her half-formed left breast, but that’s all there was, a name without a face, two stars fading at once.

What Tangled couldn’t forget was the pact she once had with Harry Potter, now forgotten over one too many shots of whipped cream vodka. They were supposed to tell each other everything, especially about their first time. You couldn’t always find the other slipper before it broke.

A couple years later, Tangled’s little sister’s friend Brave had a three-day fling with The Avengers that consisted of very brief, rough and awkward sex, and Prometheus had to talk her down from sending a drunk text several weeks later on the eve of her very first pregnancy scare. She never could have anticipated it would be such a good listener. Gay men often were. Prometheus couldn’t stop her from going out that weekend but she did get to turn down both Ted and Magic Mike, who ended up splitting a Tony’s pizza and having a threesome with Tyler Perry’s Madea’s Witness Protection, on the same night. She told herself that had to count for something.

Years later, Whiplash catches her in a lie about her fling that weekend and she simply mumbles, “Yeah… so I fucked The Avengers. Repeatedly. It was weird.” Whiplash throws a single low-top Converse at the wall and begins to sob. 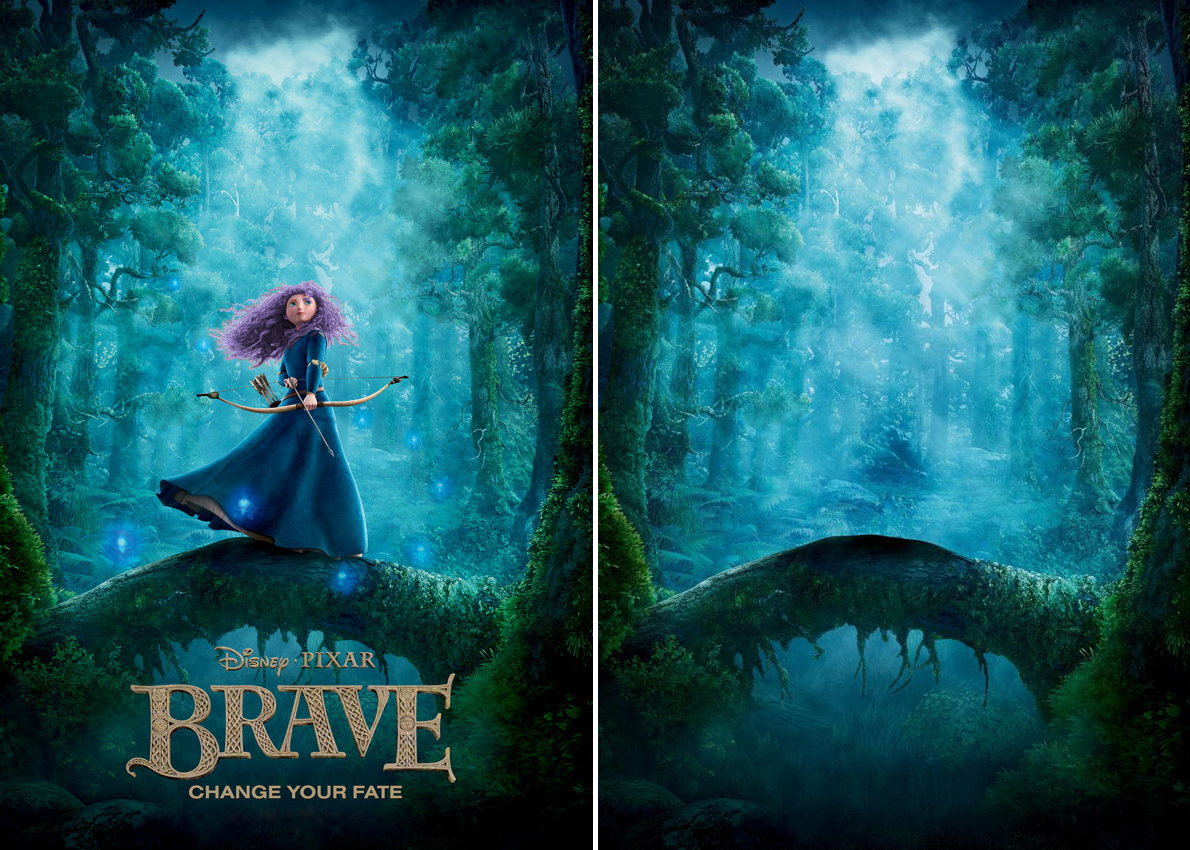 Change Your Fate: After Frozen

Cinderella began dating Do You Believe? in early February, as if she looked around the room disinterestedly and threw a dart at the one guy she could count on not to touch her. It went okay for the first few weeks. Just once he referred to the tacit life outside them, asked if she had seen Elsa or Anna around, or if she had heard from her uncle Shrek. She flinched; she didn’t like to talk about the past. At her young age there were already too many memories, too many box office records. Their fragile courtship depended on the feigned ignorance of that history, with all its soaring charts and numbers.

They always knew that she’d come out first and do most of the heavy lifting, box office-wise, but secretly they hoped his total haul would come close to God’s Not Dead’s from the previous year, making him enough of a dark horse to be a suitable plus one. What else was he good for? So when he lost his job and ran out of savings instead, it seemed they had no future, no joy in mudville, nothing holding them together but the movie release calendar.

Furious 7 has been DM’ing Cinderella on Twitter for months, and they’re finally going to meet. The boys of spring and summer are upon her, the wider releases, the drifting peonies at her feet. But Cinderella can’t tell if Furious 7 is gay. Someone with that many followers is pulling trade from somewhere. She also heard a rumor somewhere that having a lot of older brothers (Furious 7 has six) increases your probability of being gay.

“What u up to,” he asks her one night. He drops his iPhone 6 on the plaid duvet and scratches his chest, staring coldly at the unlit screen.

Around a half hour later, she texts back, “Hangin with my girls.” It’s too late to Uber across town anyway, and she’s starting to wonder if being single is her truest self.

“Aww, what for? You’re always with them.”

Cinderella picks up her Blackberry Classic to text back immediately, but her fingers pause over the keyboard. She smiles.

“What Shrek took away from us, we can get back.” 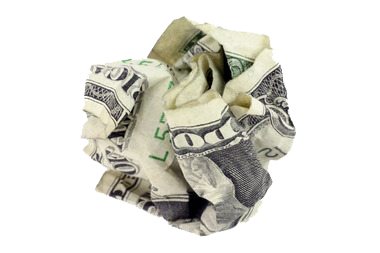 We know what you’ve been wondering all along. Well, Frozen is still waiting. Her expectations are higher now—Cinderella’s huge success at the box office is attributed to her spinoff short “Frozen Fever” debuting before it, and though she’d never hold something like that over a girlfriend, she visibly doubled back to the table at last Sunday’s brunch and left a few extra dollars on the tip. Having mastered the present, she can see the future. And she’s waiting for Avatar 4.

But Avatar 4 is waiting for Frozen 2.