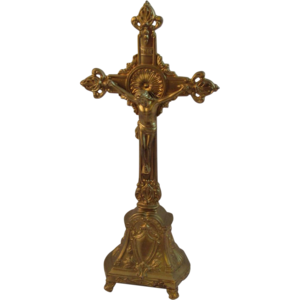 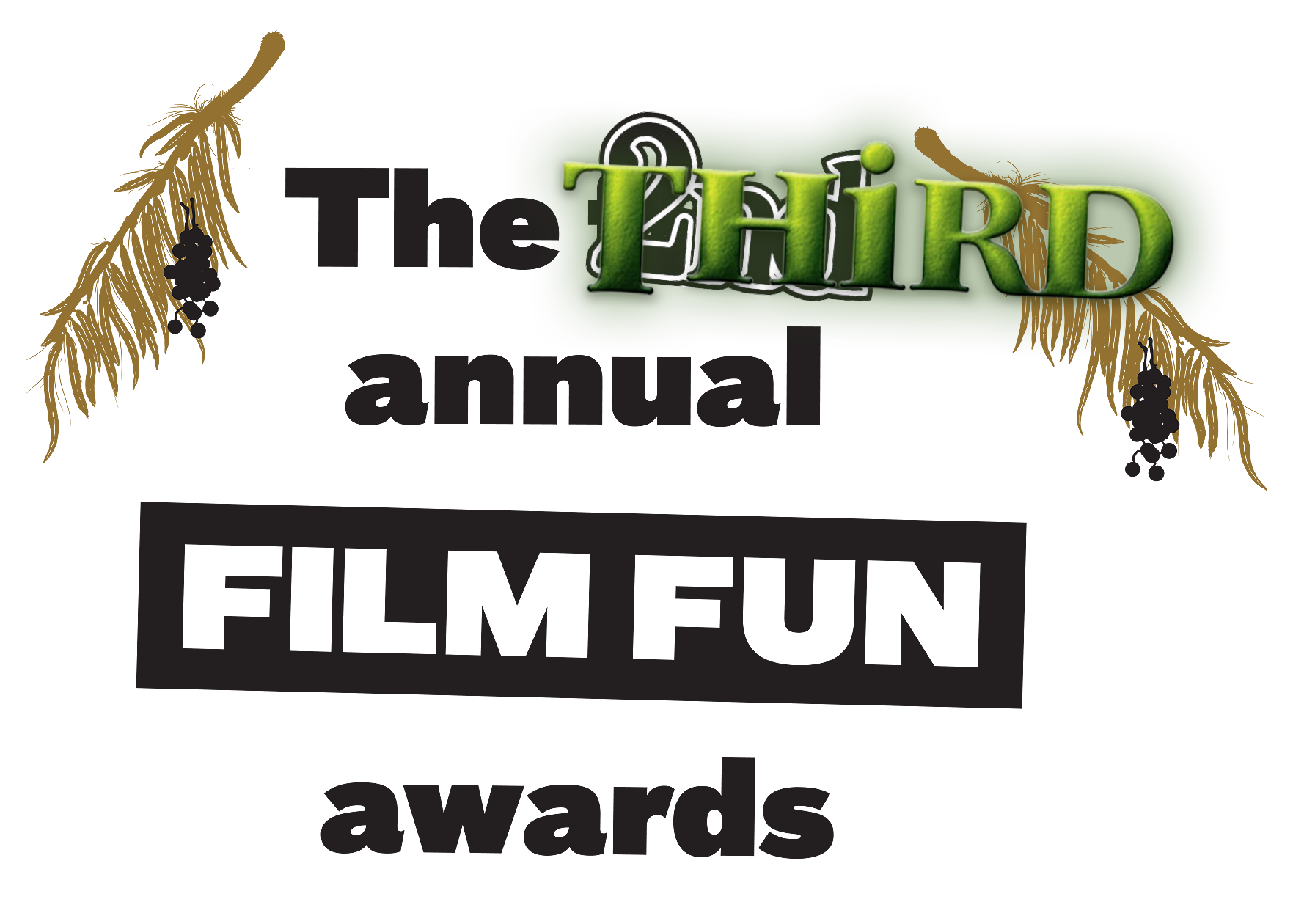 Two Pundits are sitting at the Philz Coffee in Potrero Hill, conversing in low tones. Each of them cradles a large Tesora, still warm.

Pundit 1: Lots to discuss, as usual. First thing’s first: Lady Bird leads with 9 nominations, making it the default frontrunner. Besides last year’s La La blowout, I don’t think we’ve seen such a strong-on-paper contender in awhile—that’s even more nominations than Furious 7. But if we’re looking at the history of these awards, we know that Best Actress usually matches up with Best Picture. It’s the Film Fun version of Best Editing.

Pundit 2: And Kristen Stewart’s the presumed frontrunner for Personal Shopper in that category, so…

Pundit 1: Right. Anything could happen.

Pundit 2: There’s also a lot of support for Girls Trip here, with multiple acting nominations and Malcolm D. Lee sneaking into the directing category. My biggest question is whether It can ride the wave of support in below-the-lines like Best Box Office and Best Leadup to a surprise win. We’ve seen this before—in 2014, when Frozen took Best Picture, and famously back in 2005, with The Passion of the Christ. Both those movies’ narratives centered on their popular appeal and crazy box office, and we have to think that’s what brought them the top prize.

Pundit 1: Frozen was shut out of Best Director, too, just like It. That snub doesn’t necessarily mean anything here, unlike at the [REDACTED]. Harry Potter and the Goblet of Fire also won Best Picture in 2006 without a Directing nomination.

Pundit 2: Whatever the case, we’ve got a ways to go ‘til the ceremony. It’ll be interesting to see how things evolve in the next month.

Pundit 1: You can say that again. 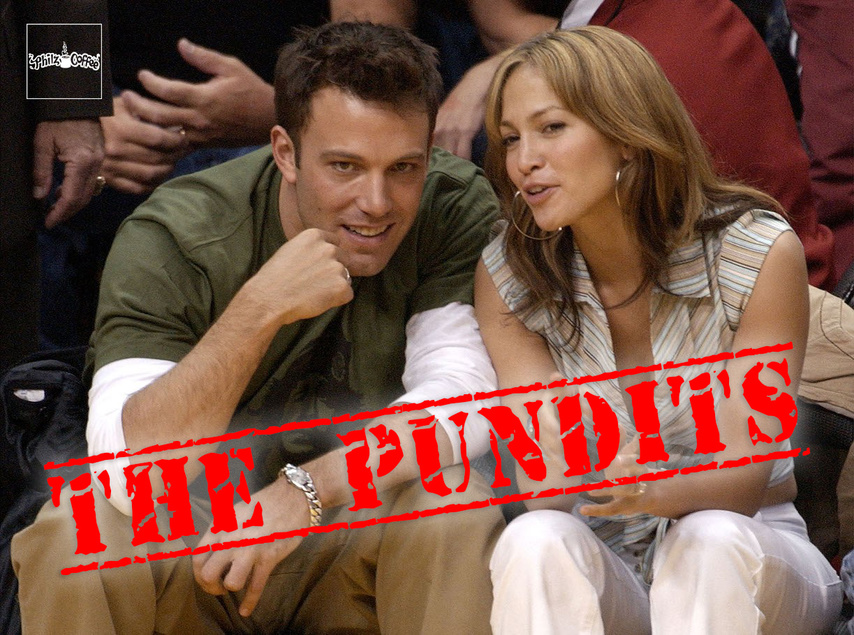 And the nominees are…

Daddy’s Home 2 went over big with the voters, we’re told, especially with its final act set on Christmas Day at a suburban multiplex—so why didn’t it break through into the top categories? Columbus, too, is a major presence further down the list, but seems to have been a victim of Film Fun’s infamous 30-point system. It certainly won’t do anything to stem concern that some movies are just too small to compete for Film Fun’s top prize: the Kogonada-directed indie grossed just over $1 million at the domestic box office.

…or is it? This is Shyamalan’s fourth Film Fun nomination for Best Director, so he’s somewhat of a favorite with the notoriously risk-taking Directors’ Branch. We tend to see a horror director pop up in this category, and Shymalan’s certainly fulfilling that role this year. That said, Split only managed one other nomination, for Supporting Actor Bruce Willis.

Ostensibly, two Film Fun veterans duked it out for the 5th slot. Did Regina Hall’s snub for Think Like a Man in 2013 weigh on voters’ minds, or was it her “big” emotional scene toward the end of the movie that pushed her over the top? Latifah will have another chance at the podium, we’re sure.

Many would argue that Spencer should’ve gone Supporting for The Shack, but we suspect Film Fun follows an unspoken rule that anyone portraying God qualifies for Lead. (See also: Alanis Morissette in Dogma.) The votership is heavily Catholic, don’t forget.

STAT: This is Kristen Stewart’s eighth Film Fun nomination, pushing her past Jennifer Lopez and Channing Tatum to become the most-nominated actor in awards history. Curiously, she has never won. 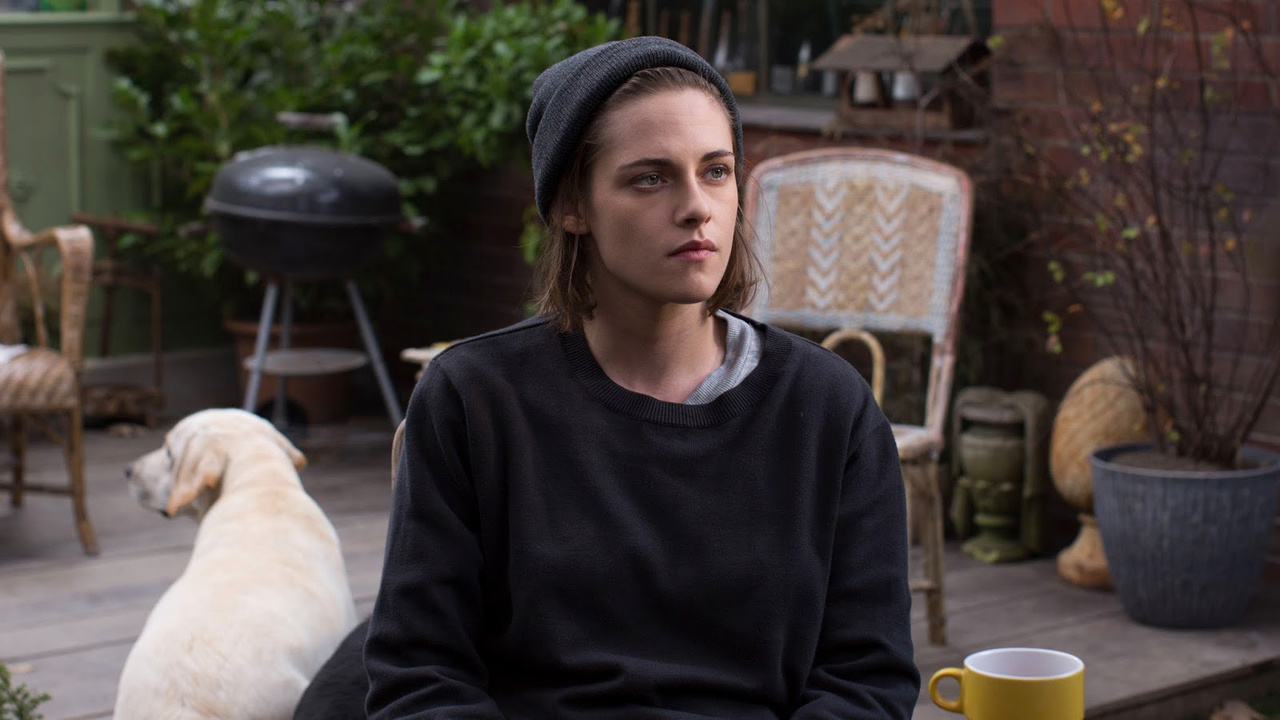 Pundits were certain that Gal Gadot would be recognized here for her definitive turn of the year, in Justice League. But Film Fun opted for another comic book sidekick: Jennifer Connelly starring as the A.I. voice inside Spider-Man’s new-and-improved Spidey suit, a quite similar role to her Oscar-winning A Beautiful Mind performance. Take that, Wonder Woman!

Supporting Actress is always a nail-biter, never more so than this year. And while Bruce Willis and Chesley “Sully” Sullenberger effortlessly rode their 15 seconds of screen time into Best Supporting Actor, there just wasn’t room for Bonnie Aaron’s haunting post-credits cameo in Annabelle: Creation. When will this category finally expand to ten slots? 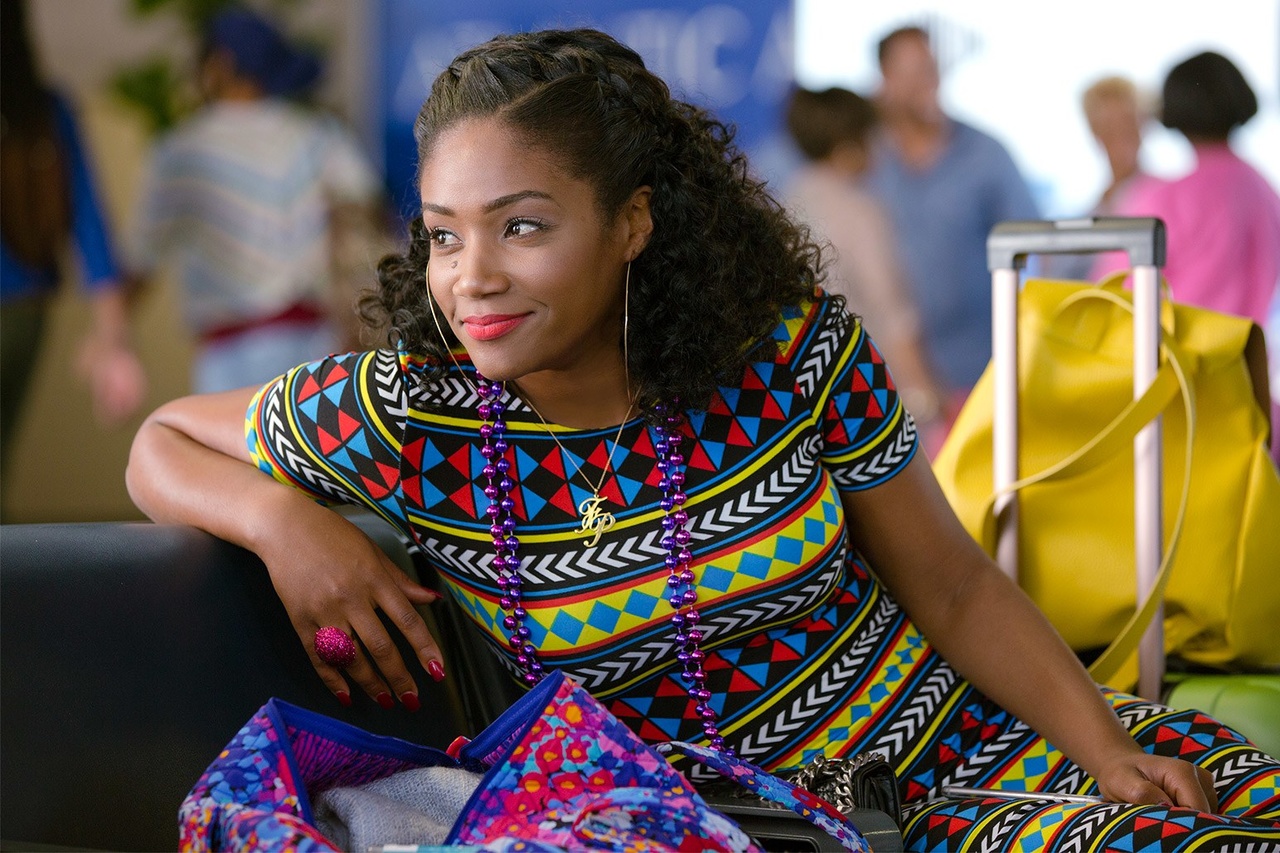 Christopher Nolan’s latest foreign film has the most other language of any movie this year. Its snub here indicates that Film Fun might choose the nominees for this mysterious category based on actual merit—not just on how little they understand them, or how English they feel when the credits roll.

SNUBS: “Coco” and “The Greatest Showman”

Coco and The Greatest Showman were among the last movies screened for Film Fun voters this year, so their exclusion could be a simple matter of timing. Early word is that voters are already itching to make up for the discrepancy, and that both will feature prominently in the ceremony itself. If not, we hope they make it to the ofrenda. 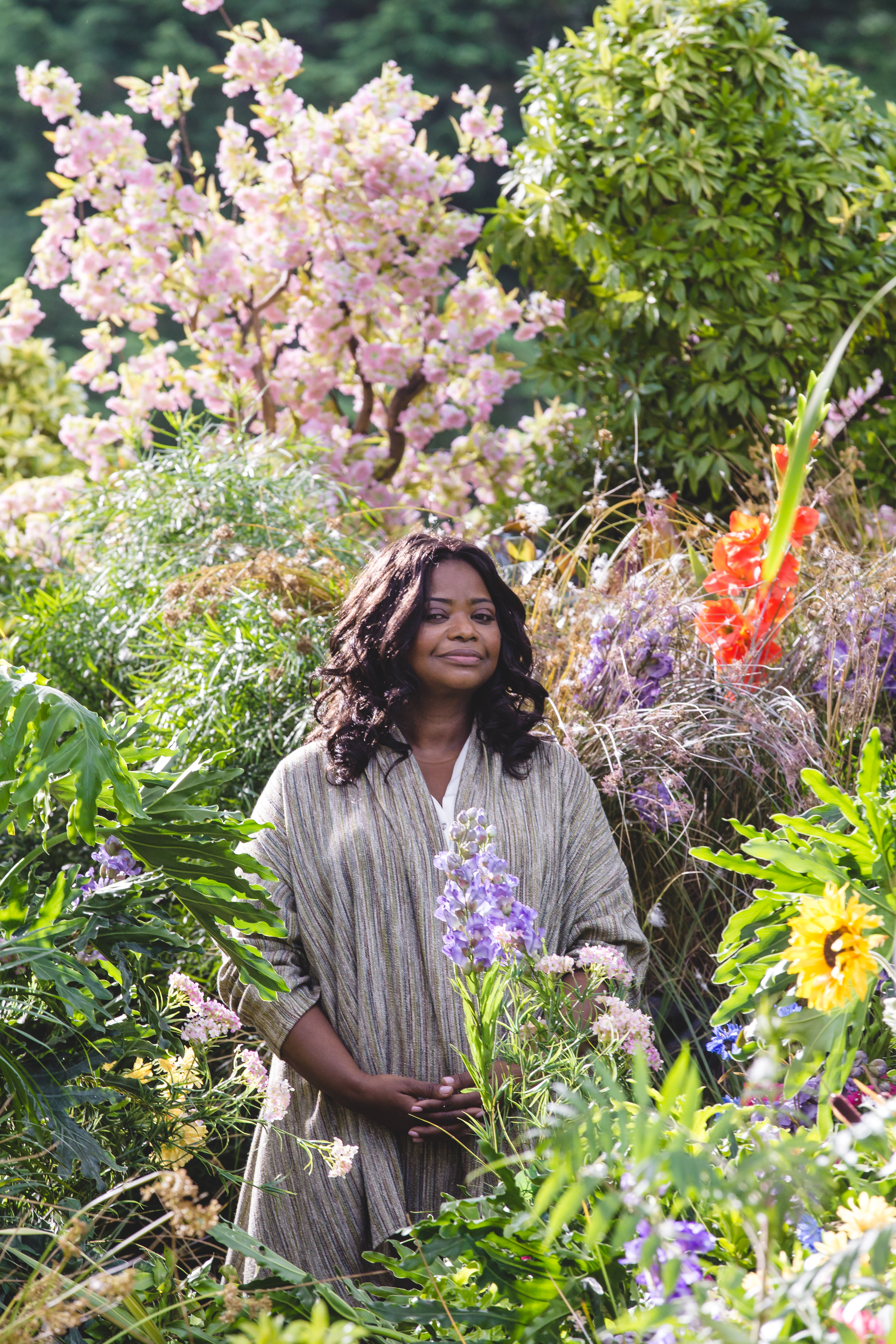 BEST BOX OFFICE
“47 Meters Down”
“Get On Out”
“The Greatest Showman”
“It”
“Jumanji: Welcome to the Jungle”

For years, there’s been talk of adding a Big Shit category at the Film Fun awards that would honor the year’s most memorable Big Shit (i.e. Anaconda‘s anaconda, Lake Placid‘s alligator, and Deep Blue Sea‘s sharks). We suspect that voters wanted to acknowledge the shark-infested summer sleeper somewhere, and this was the place to do it.

SNUB: “The Fate of the Furious” in all categories

After riding off into the sunset with a suite of major awards for Furious 7 several years ago, we have to imagine that Vin and pals will be back in a big way for one of the next two (and presumed final) Fast and Furious movies—that is, if the smoke ever clears around the ongoing Tyrese/Jason Statham/The Rock debacle. As we’ve said before: friendship rules at the Film Fun awards.

BEST OSCAR
“Get On Out”
“Mudbound”
“The Post”
“The Shape of Water”
“Three Billboards Outside Ebbing, Missouri”

We’re still unclear what the criteria are for this category, so it’s hard to call out what’s surprising and what’s not. Usually we know an Oscar right when see it—as with Get Out last February—but it somehow took Film Fun 40 years to realize that C-3PO, himself, is one of those goddamn gold statuettes. And that’s something to write home about. 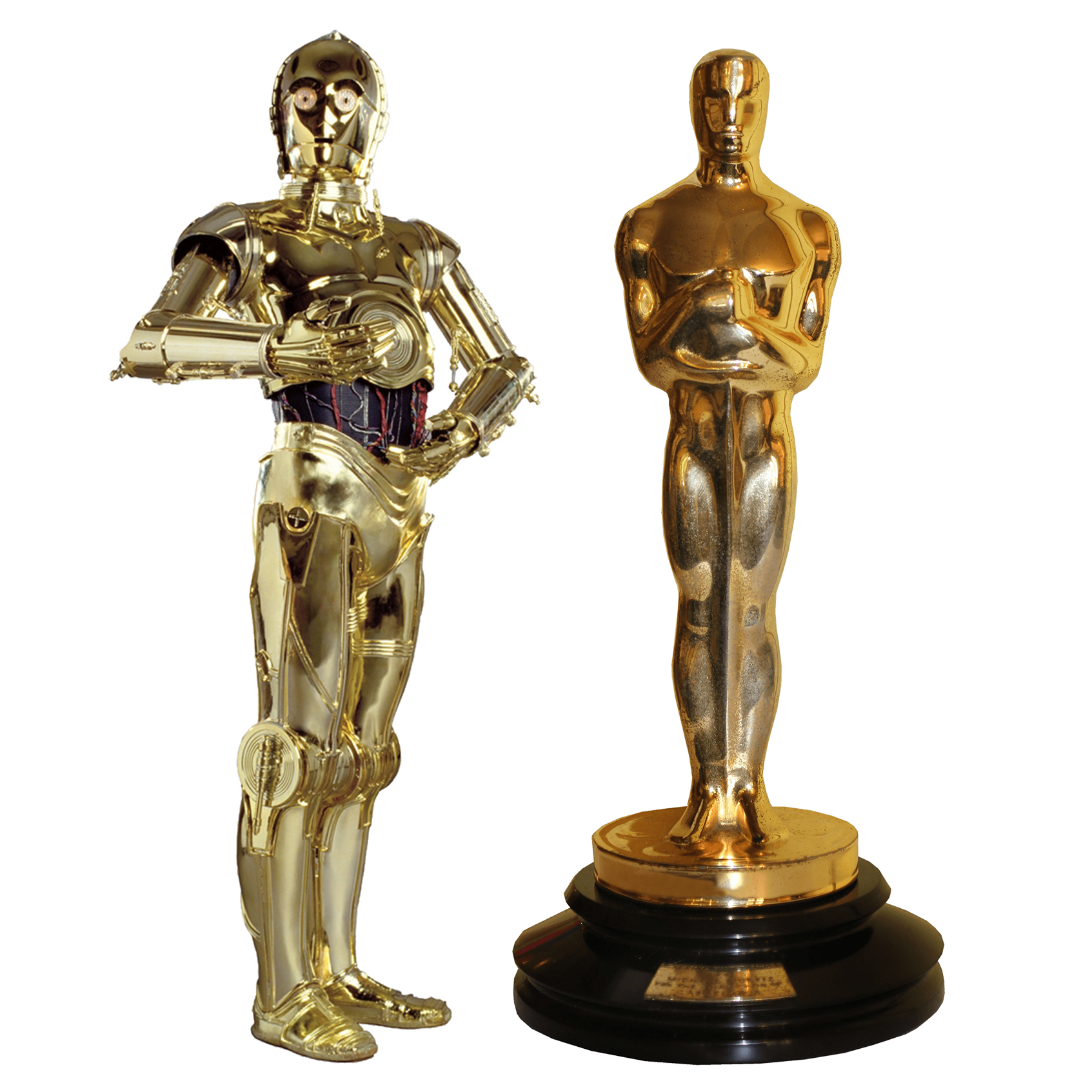 Film Fun may have been excommunicated from TIFF this year, but it looks like someone made it to Canada last September. Rumor has it that fans spotted one of the voters smuggling red balloons into the Eau Claire Market for It’s September 8th opening. Does this somehow factor into It’s Best Picture odds?

SNUBS: “The LEGO Ninjago Movie” and “The LEGO Batman Movie”

The same way the Oscars introduced their Best Animated Feature category in the cold light of Shrek, Best Brilliance feels like a direct response to the LEGO franchise, so it’s odd to see not one, but two LEGO entries miss out in the same year. Vote splitting could be to blame, making room for the likes of mother! and Dunkirk—both essentially the same movie—along with Deadpool-wannabe The Last Jedi.

Voters like to keep this category short, so it’s a pleasant surprise to see It claw its way into contention. It’s the longest nominee since 2006’s The Holiday, at 138 minutes.

The cockroach of awards season, Streep really does manage to squeak through with some kind of nomination every time. And here she is in Birds.

BEST MOVIE NO ONE HAS AN OPINION ABOUT
“Battle of the Sexes”
“The Beguiled”
“Born in China”
“Captain Underpants: The First Epic Movie”
“Diary of a Wimpy Kid: The Long Haul”
“Guardians of the Galaxy Vol. 2”
“T2: Trainspotting” 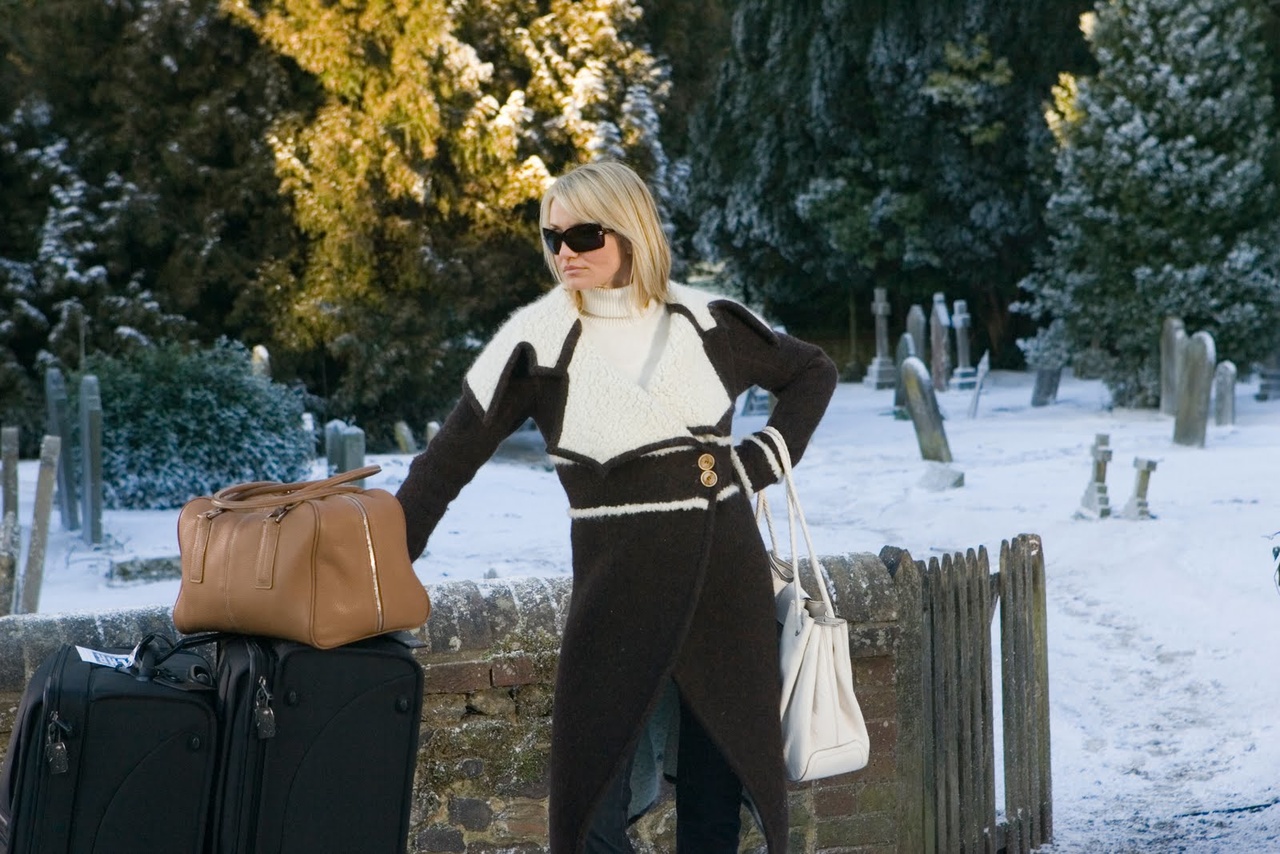 The sequel to last year’s Most Purge-Like winner (which notably trumped The Purge: Election Year in its own category) is nowhere to be seen. With an evident embrace of the Christmas genre all over the nominations this year, we have to ask: what went wrong? It because Cebo closed? Rest assured: Moms have purged, moms is purging, moms will purge again. 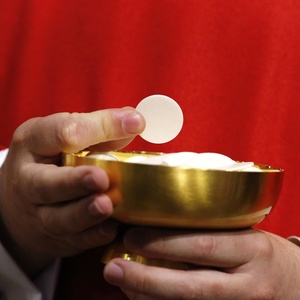 The winners will be announced once Black Panther passes Shrek‘s domestic total haul. A ceremony will be televised and will include many guests and celebrities.

Voting in the nomination round is closed to Film Fun and is based on the thirty point system. Ballots were submitted on Sunday, January 7, and the nominations were announced on Tuesday, January 9 by Lydia Cruz.

In choosing the winners, voting will be opened up to our own academy members. Members must have seen each film’s BoxOfficeMojo page to vote in any given category, with the exception of Best Other Language Film and Best Theatre.

Best Lifetime will be awarded to Nancy Meyers and Warwick Davis.