An evening in late June, twilight. Keaton and Mike, two moviegoers, are sitting at an empty bar in Brooklyn waiting for an extra side of buffalo sauce. The front windows of the bar open to the street, letting in the warm breeze. The breeze stirs a lifesize E.T. doll that’s sitting on a stack of books at the window counter, facing the sidewalk, his face turned away from the boys. Or does he have a face at all?

Mike looks at the phone and then quickly away. There’s an image on the screen of Bonnie Aarons, co-star of the new horror film The Conjuring 2. The movie is already in its second weekend, and they have plans to join its box office that evening; it’s hovering around $71 million domestic, 23 days away from the coveted $100 million mark, which Finding Dory passed the day before. Aarons plays the main villain in the film—a spooky nun—and her gaze is terrifying, in and out of costume, skin wet and stretched into crooked, immortal disgust. The picture on Keaton’s phone is just a random paparazzi shot but it captures them nonetheless, dragging them deep into its shadow. Mike lays a $20 bill on the counter and gets up to leave, “Forget the buffalo sauce.”

Keaton notices that the E.T. doll is now slumped over the window counter, its head resting on the wooden surface. The warm breeze has run cold; somewhere, Dory makes another million. It’s time to see The Conjuring 2. 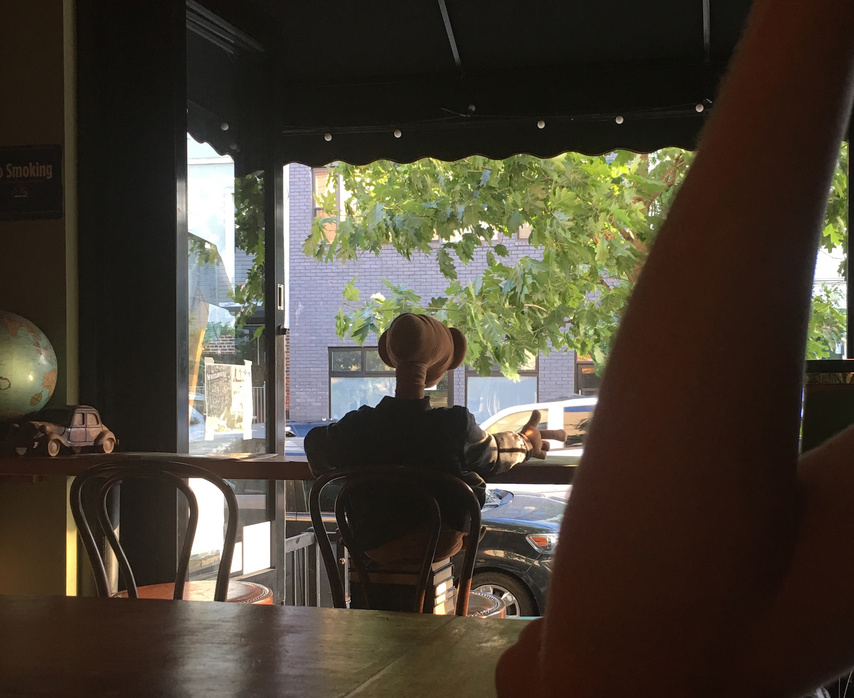 At home after the movie, Mike reads aloud excitedly from his laptop while Keaton flips through a magazine on the carpet. They’re protected beneath a teepee made of sheets. “Prior to being conjured,” Mike reads, “Bonnie Aarons was best known for her roles ‘Crackhead Bonnie’ in The Fighter (2010), ‘Fat Teena’ in I Know Who Killed Me (2007) and… ‘Bum’ in Mulholland Drive (2001).”

Keaton drops his magazine and gapes. “No way. I couldn’t sleep for months after watching the diner scene from Mulholland Drive. Which pretty much brought me up to The Ring, and after that I never slept again. We have to get in touch with her. I bet she’d make a great interview.”

Mike scans the computer, frowning. “I think she’s in L.A, and besides….”

“So we’ll go to L.A.” Keaton clicks on a flashlight and points it up at his face. “Look, this could be a matter of life—”

That’s when the flashlight clicks off, untouched by either of them. Keaton quickly drops it to the floor, where it begins rocking side to side, clicking on and off and on again. Somewhere outside the bedroom, a door slams shut; footsteps are heard receding. They give each other a hard stare. 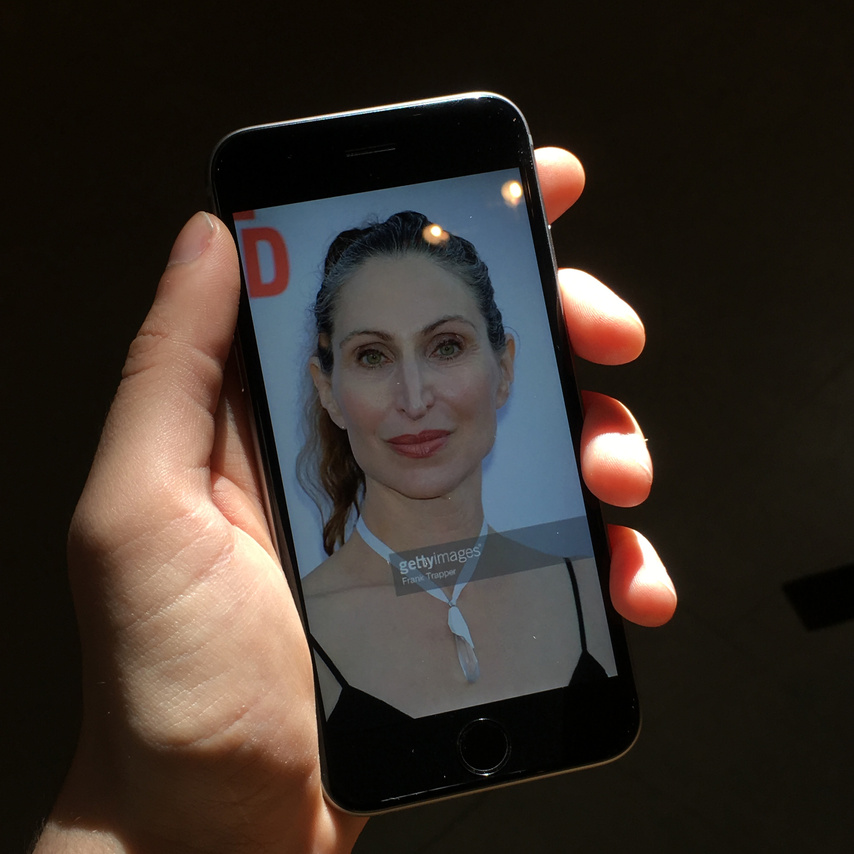 28 days later, their plane touches down in Los Angeles. The Conjuring is well past $100 million dollars at the box office, even if Ghostbusters isn’t. Not all calls get answered, especially not this summer; The BFG didn’t even get a chance to dial. They’ve agreed to meet Ms. Aarons in the lobby of an old Hollywood hotel, practically invisible from the street and grown over with weeping vines. The only other stipulation from the actress was that the meeting had to take place at night—specifically, after eleven. “Purge o’clock,” as Keaton reminded them now.

“You know, we don’t have to do this.” Mike pulls the keys from the ignition and the rental car shudders, going silent.

“Don’t be stupid,” Keaton says, opening the passenger door. “Come on, tomorrow morning we’ll be getting Coffee Bean and reading about Lights Out’s $14 million opening day and laughing about all of this.”

Entering the lobby is a different story. They pass a Zubat on the way in, ignoring it. But they wouldn’t need a concierge to point them in the direction of their subject, even if there was one, because there are only three chairs set up in the whole dingy place. A large fireplace anoints the far wall with a regal, high-backed armchair facing it, and two folding chairs sitting behind, pointing askew as if they were put there with no care at all. “Come, sit down,” a disembodied voice intones.

Keaton gulps and drops his pen, thinking, Now that’s what I call a Deathly Hallow. As they reach the folding chairs and begin to take their seats, he notices a Ghastly CP 400 hovering by the head of the chair, his fingers clenching unconsciously around the Pokéball in his pocket. Their subject still facing away from them, Mike manages to start the interview:

Mike Spreter: Thanks for meeting with us. Have you, um, had a chance to see Ghostbusters?

Keaton and Mike were unable to speak any further with Ms. Aarons.

At this point in the interview, she finally turned to face them, and it was indeed Bonnie Aarons. As soon as her chair swiveled in their direction, Keaton and Mike looked at one another, screamed, and got up running, out the door of the hotel, out of the parking lot, out of Hollywood and Los Angeles and California altogether.

A follow up email from Bonnie’s end was all that transpired following their meeting:

I finally had the chance to see Ghostbusters. Not bad! Hope all is well. Did you hear Warner Bros. confirmed a Nun spinoff??! hehe 🙂