For eight months between January 17 and August 6, 2014, the movie release calendar featured the biggest showdown in history, between Captain America 3 and Batman v Superman: Dawn of Justice. In January 2014, Warner Bros pushed Dawn of Justice to May 6, 2016 from mid-July 2015. This conflicted with an Untitled Marvel Project that Disney had slated for the same date 6 months earlier. On April 7, 2014, the Monday following Captain America 2’s higher-than-expected opening weekend, Captain America 3 was confirmed as the Marvel release for that date. Neither studio would budge.

That is, until August 6, 2014, when Warner Bros pulled Batman v Superman forward to March 25, 2016. March is a month of prolonged winter brutality for the Northeast, and taxes for everyone else. March is also a month that was long considered to be dead at the box office prior to The Hunger Games’ arrival in 2012. In 2016, a Batman film will be released for the first time in a month other than June or July. 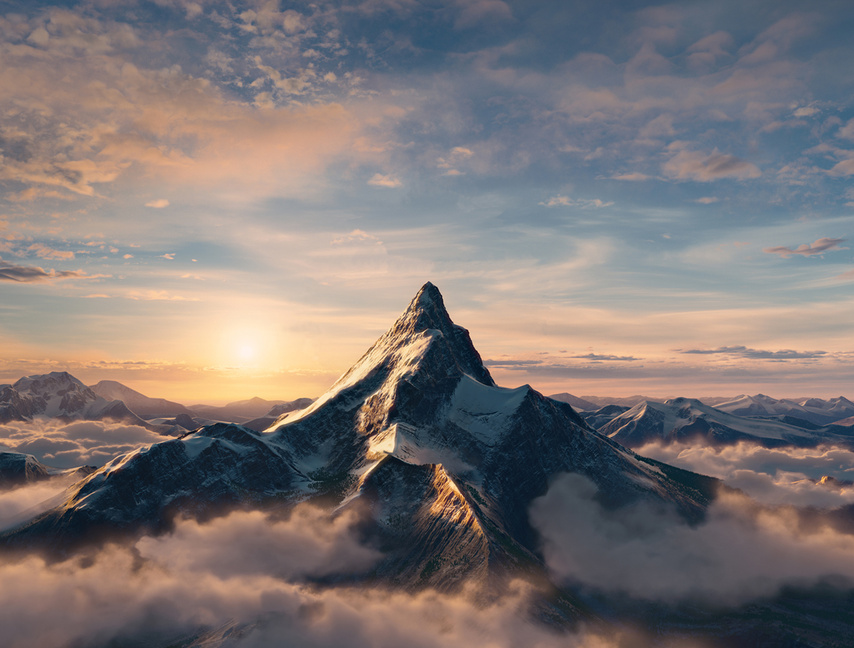 The story here isn’t about studio rivalry, but a shifting landscape: that of the movie release schedule. It’s a calendar that, if you close your eyes, becomes a geographical illusion. All at once the long stretches of flatlands, the patches of hills and the isolated rocky peaks that cast shadows on the valleys below them come into view. Some peaks are jagged and sun bleached, while others, though just as tall, have rounded out, snow-covered tops.

Like the process of plate tectonics, it took a long time for this landscape to look the way it does. 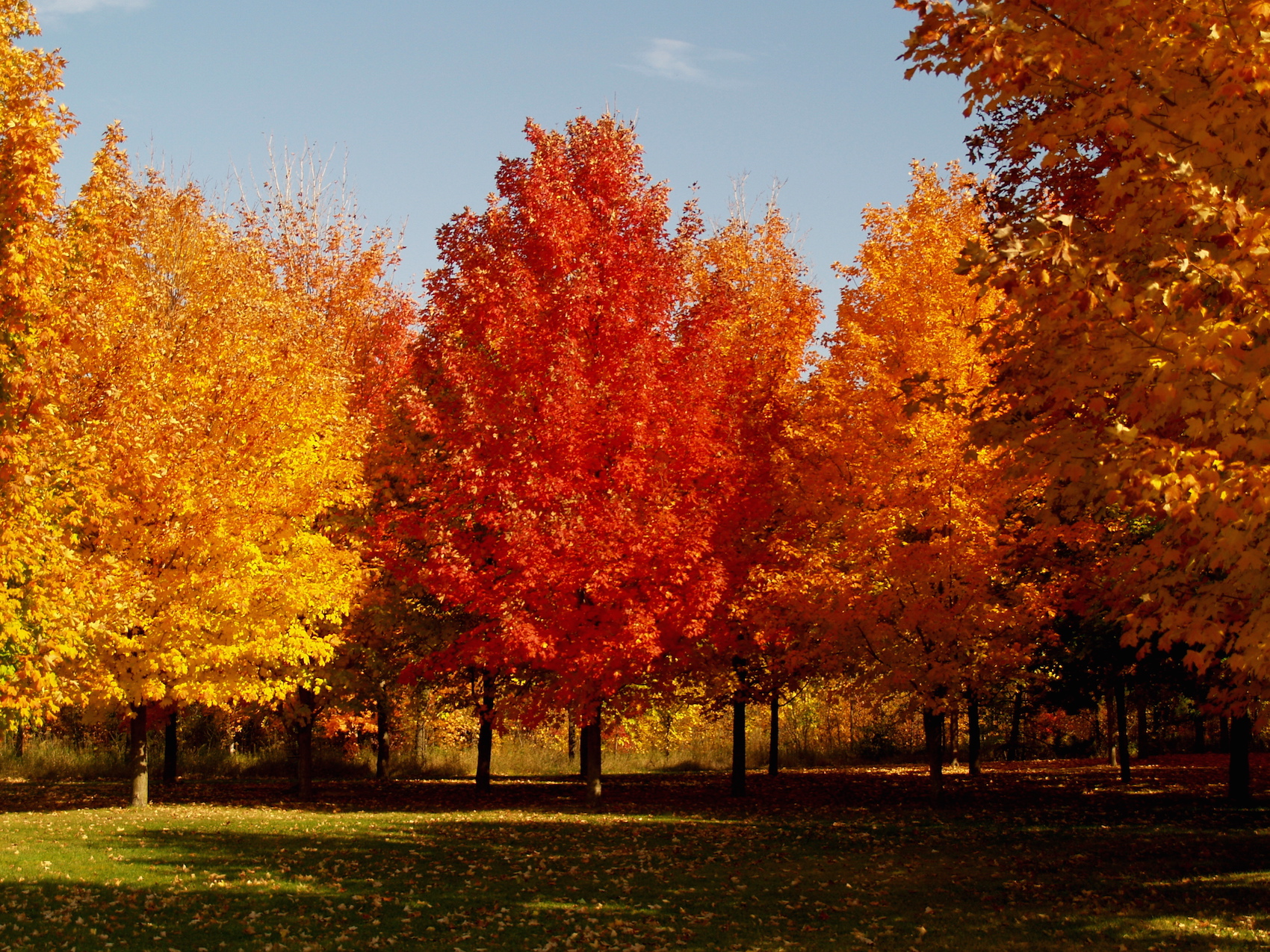 I know for certain that my first kiss happened in August 2002 because I had just gone to see Signs, the Straight Outta Compton of its year, sandwiched between harder PG-13’s like Austin Powers in Goldmember and the weekends that followed, where no movies would open higher than $11 million, a typical rollout into September. I know I lost my virginity towards the end of the second week of 2004 because Spider-Man 2 was winding down and our only new option that weekend was I, Robot. Will Smith, in most cases, was all you needed to know that fireworks had recently gone off.

The weekend when Hardball and The Glass House both came out sticks with me because it followed the Tuesday of September 11, 2001. But my recollection usually works inversely: rather than the event, the movie serves as the marker, giving me something to latch smaller memories onto. I could name the exact date when my sister, brother and I were drinking sun tea on our back porch, watching mom and dad plant a new maple tree that’s now fully grown, because it was the day before I saw Jeepers Creepers, but the day on the back porch wasn’t August 30, 2001, the Thursday before Jeepers Creepers premiered, because what I remember even more vividly than the movie is that it took me one week exactly to convince my Mom to let me see it. In which case, the day on the back porch was September 6, 2001, the weekend before Hardball and The Glass House. 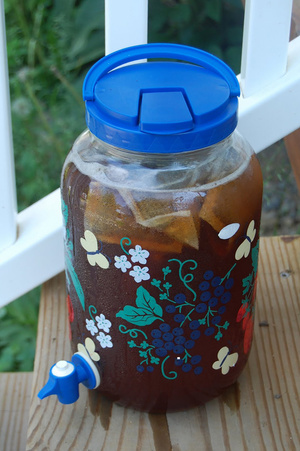 While the shift is probably more fluid than it looks, we can mark March 2012 as the first sizable shift. At the time of The Hunger Games release on March 20, 2012, there were only two movies in the top 30 opening weekends of all time that took place outside May, June, July and November. They were both March releases. It was The Hunger Games itself and Alice in Wonderland in 2010.

Recent Aprils have also proven that Summer can come even earlier with this year’s huge success with Captain America 2 moving up from its predecessor’s July spot, as well as hits Fast and Furious and Fast Five both taking a break from the franchise’s usual June release. Gravity was another off-season rarity, breaking the October record with $55.8 million and going on to become the sixth biggest movie of 2013.

It’s a sort of calendar gentrification—think of March as Williamsburg. And if Bushwick is February, all those people betting on the longevity of Fifty Shades of Grey as a franchise might want to think twice before moving two stops further out on the L train. 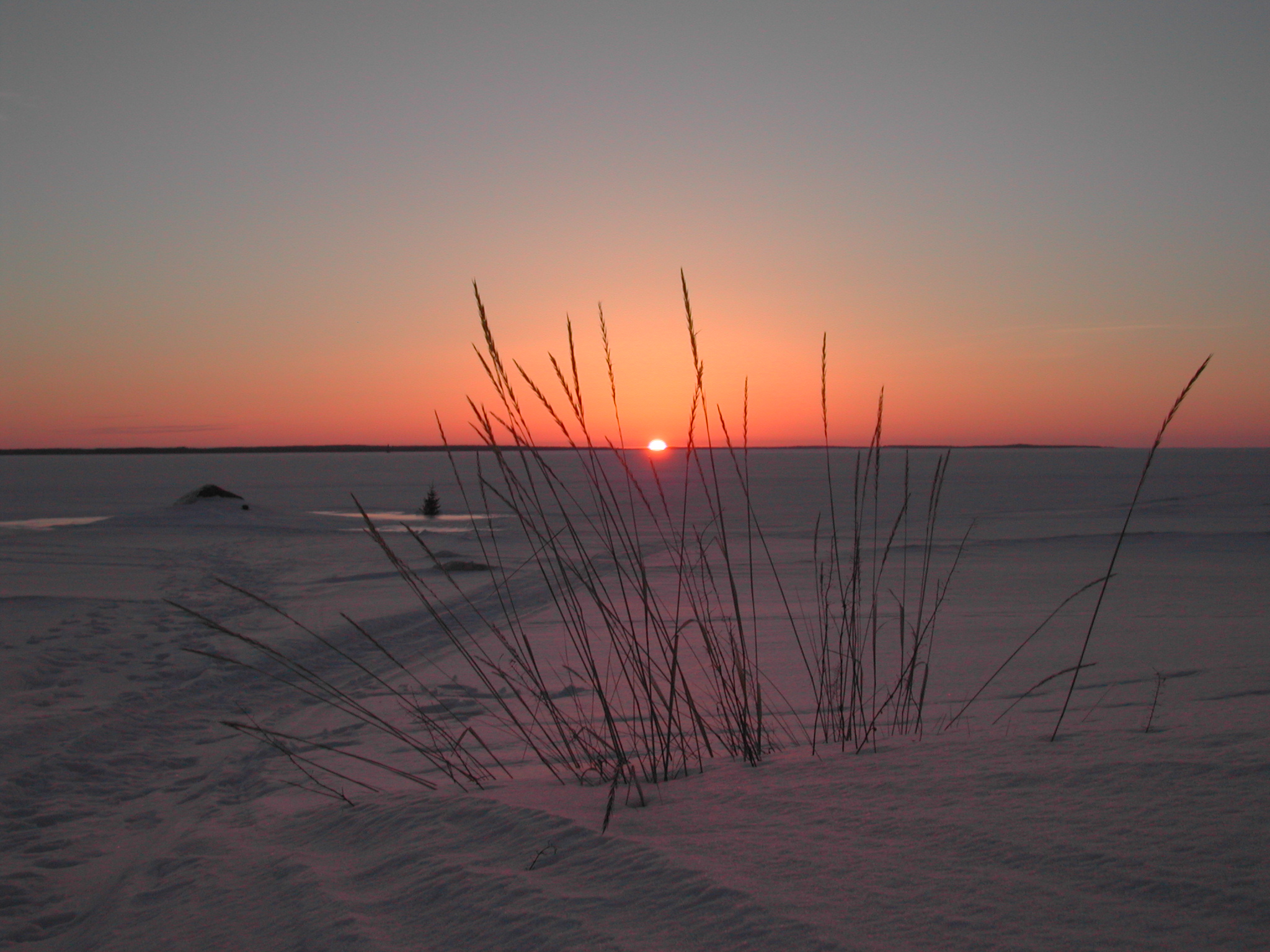 In Los Angeles, if it weren’t for the movies, it’d be easy to forget that a new season is approaching. You know it’s almost Summer because Age of Ultron billboards are popping up. You know it’s almost Fall because Mission: Impossible 5 billboards are coming down, and replaced by movies you’ve never heard of. But what happens when Summer is over, not just this year but the rest? We’re approaching an attenuated Summer season that trickles out from California and into the Northeast. What’s it like to plant a maple tree in August in Western NY when the release schedule has fallen out of sync with the color of the leaves?

Maybe a year from now, maybe many more, I’ll be be walking down Hollywood Blvd in pretty average weather—that’s around 75 degrees—still misplaced by time but not unused to change, and find myself at the corner at Highland Avenue. The billboard installed on the Dolby Theater is Avatar 2. There’s no release date at the bottom of the billboard. I simply know that it’s next, something James Cameron knew all along. But if you were to ask either of us what season it was, our mouths would dry up, our bodies disagreeing with our release schedule logic. Winter is only two syllables, two less than Avatar 2. But we’ve learned we don’t need to speak a sequel’s name out loud for it to exist as a promise on the calendar, a whisper in time. Can the same be said of seasons? 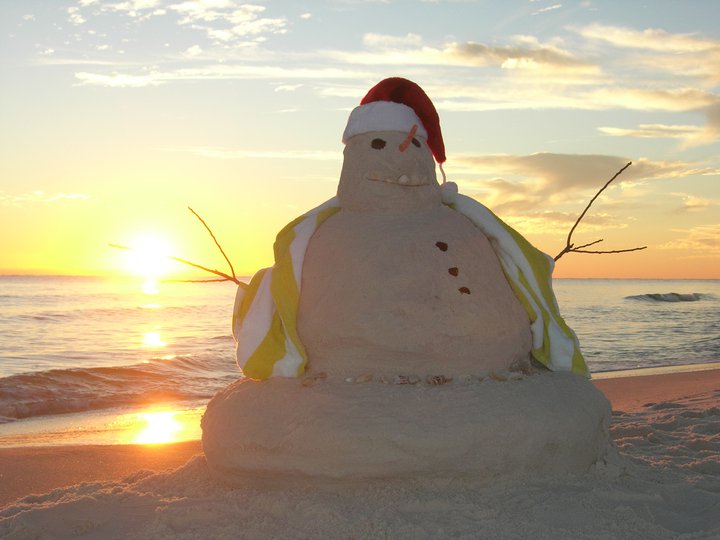 I look up past the billboard at the sky and realize the clouds have cleared. Or maybe they’ve lowered to our level and I just haven’t noticed the surrounding haze and lost track of the mountains in the distance that have completely disappeared beneath the clouds. I can always return to the Northeast, where there’s leaves to be raked, cold to anticipate and spare water. But that’s just one track of time. There are some seasons I might never feel again. Someone next to me at Hollywood and Highland follows my gaze from the sky back to the billboard. They lean in and tell me it’s March again.

The leaves do change here, I realize. They’re turning blue. 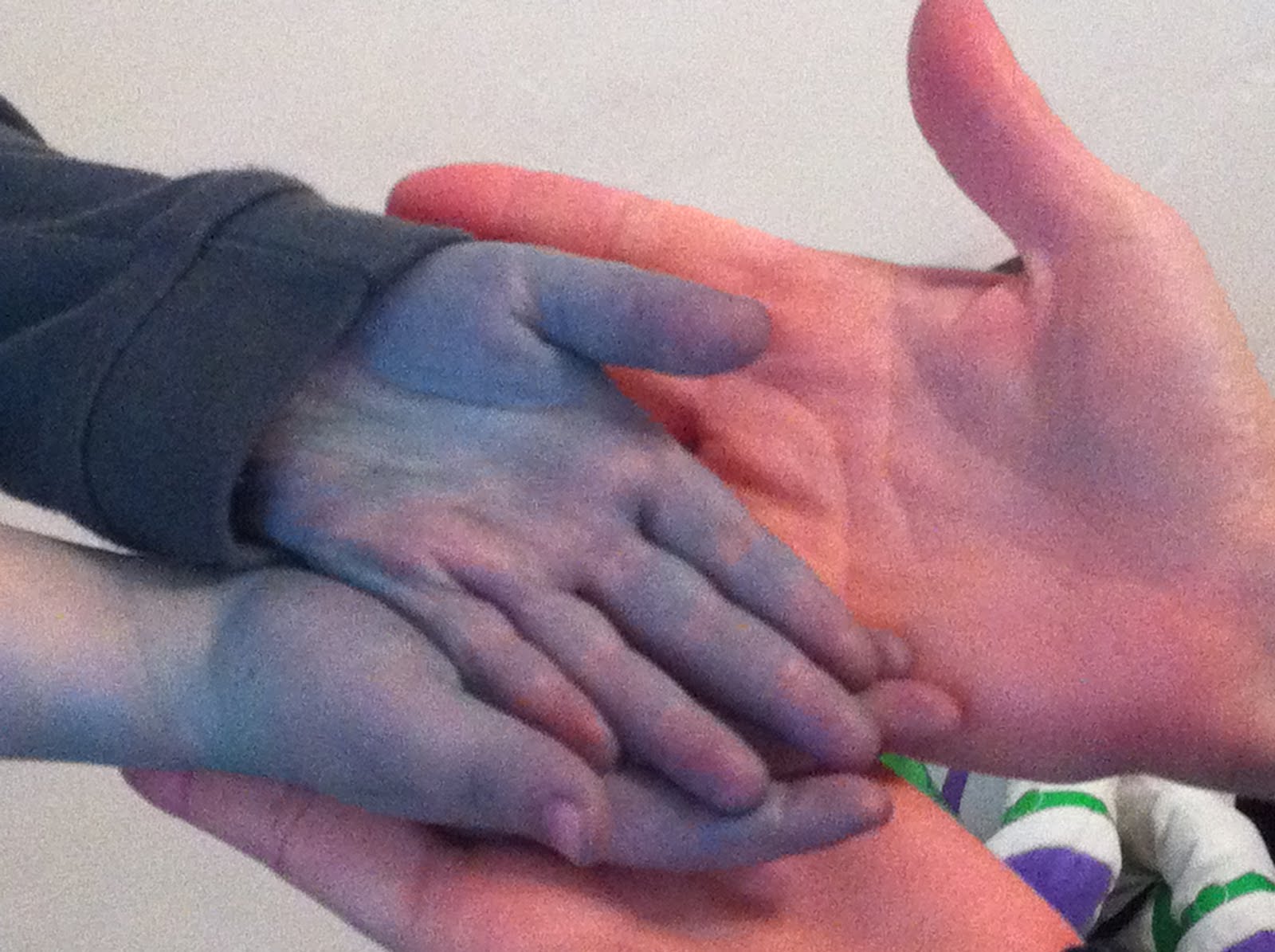 Before the Batman v Superman move, there was an even more notable scheduling decision: Star Wars: The Force Awakens was slated for December 18, 2015.

Until now, every Star Wars movie has been released around Memorial Day. The scent of charcoal wafting through the open window as you log onto Fandango. December is still prime time for tentpoles, but not for this type of movie, distinctly fun and untethered from the panic of awards season. But J.J. Abrams successfully repositioned Mission: Impossible from May to December in 2011—it’s since been repositioned back to July—and you can imagine his take on Star Wars, drunk on just enough pedigreed stoicism to make sense around Christmas. Star Wars and its planned spinoffs now occupy Christmas territory over the next several years, posing an even crazier scenario: James Cameron’s Avatar sequels have to come out eventually. And aside from Peter Jackson and his Lord of the Rings, there is no other director who owns that pre-Holiday weekend more than James Cameron.

We might line up for Avatar 4’s opening weekend on January 7, 2022 without so much as blinking an eye. Christmas feels like it’s around the corner, but in fact, it’s already over. 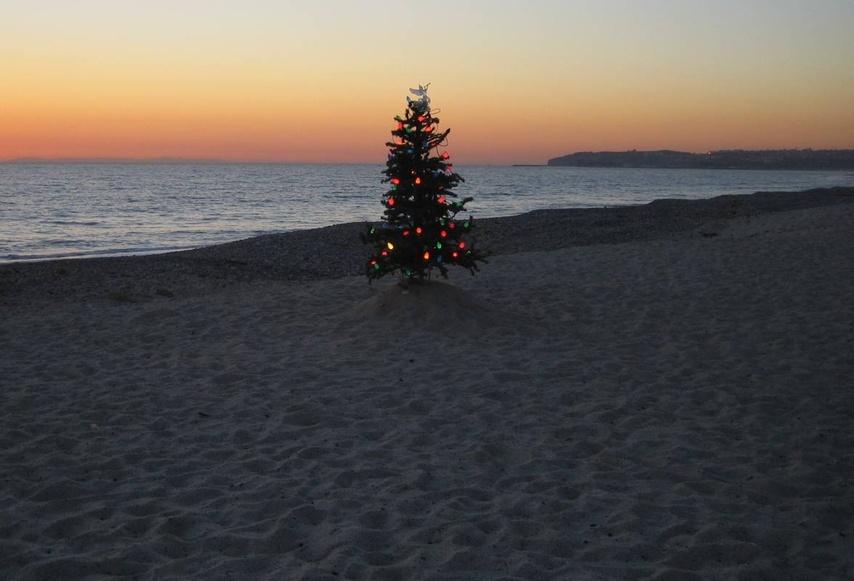