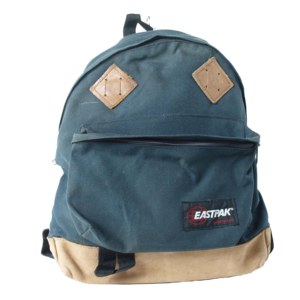 A Report on the Toronto International Film Festival 2015
by Mike Spreter
September 21, 2015

Nose down at night, night buses carry them through Toronto, their blue lights searching down Bloor. Zero dark whomever with a press pass: I keep one hand where the other passengers can see it while the other rummages around my backpack, my schedule handwritten, the names of movies forming a generous soup on the page. “Yes,” I agree with the customs agent, “I’m here for the film festival.”

Across the street from a government housing project I check into my first Airbnb: how to break into a stranger’s home and not get called a robber, the luxury of the multi-hyphenate, our floors slick with unfamiliar cleaning supplies. In any given home I keep as few lights on as possible, slowly forgetting where all the outlets are, holding the wall like a drunk, or a pilgrim. I’m asleep before I can check whether Putlocker works beyond the American border, an episode of Sex and the City paused in VLC player.

9 a.m. at “the Scotiabank,” the multiplex on Richmond Street, its namesake looming as a nearby skyscraper. I’m brushing my teeth before my first press screening, Apichatpong Weerasethakul’s Cemetery of Splendor, his first since Uncle Boonmee Who Can Recall His Past Lives. Anywhere else in North America, movies wake up around 11am, gypsies ambling around the corner to an air-conditioned coffee shop. Mission: Impossible, Straight Outta Compton: the festival life is unreal to them, fleshless, they drop a nickel on the cold tile and lose a moment retrieving it.

Here, the movies of TIFF drag themselves to their work at dawn, proletarian, revolving in the drowsy orbit of summer’s wake; and then early autumn, the prelude to awards season, an undertow flexes. The movies need more than a pin-prick to discern their dreaming. In the multiplex bathroom I raise the toothbrush to my tender gums and think, If I see blood, I share it with Boonmee. 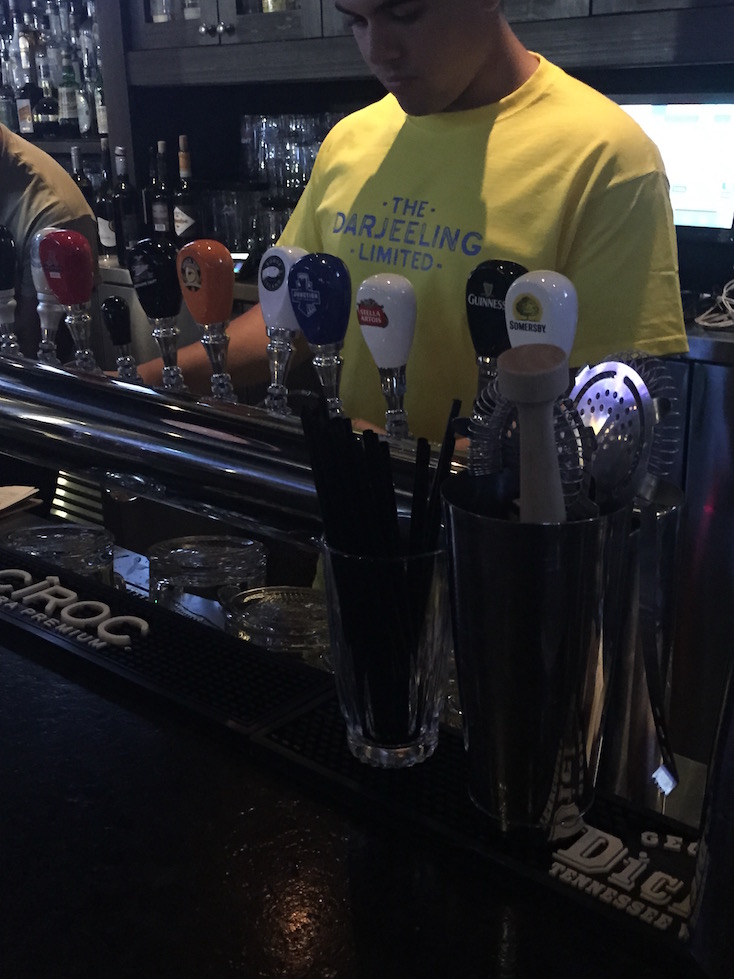 Cemetery of Splendor is an immediate highlight, a gracious host that leaves all its rooms unlocked while it runs a bath somewhere out of sight. “Of all the places we’ve been,” a character begins in the climactic scene, “this is by far the most opulent, but devoid of decoration.” Its melancholy is staggeringly playful, and at 122 minutes, it serves as a festival-city experience in microcosm: rangily spiritual, smiling weakly on an empty stomach, lifestyle brands seeping into the wild fields of vision to reassure us that the great mysteries are, yes, soluble. Cemetery also sits at the intersection of two of this year’s festival’s running themes: sleep (Nicolas Pereda’s Minotaur; everyone’s general lack of it) and gender flux (The Danish Girl; Sandra Bullock’s flip-casting in Our Brand is Crisis; etc.).

The number one films at the box office over festival weekend are The Visit and The Perfect Guy, both breakout hits. Toronto teems beside them, within and without, keeping its own shoptalk sequestered to the Ritz. There’s Paolo Sorrentino’s Youth, whose maximalist art trash suggests Matthew Barney visiting the Grand Budapest Hotel; Joachim Trier’s Louder than Bombs, a sharp, successful reboot of mid-2000s preciousness; Lace Crater and The Witch, two isotopes of slavishly authentic Brooklyn horror that, in the post-video wasteland of 2015, we can only imagine kids trying to sneak out of Blockbuster on sleepover night; and Gaspar Noé’s Love, whose protagonists seek connection and find double penetration. 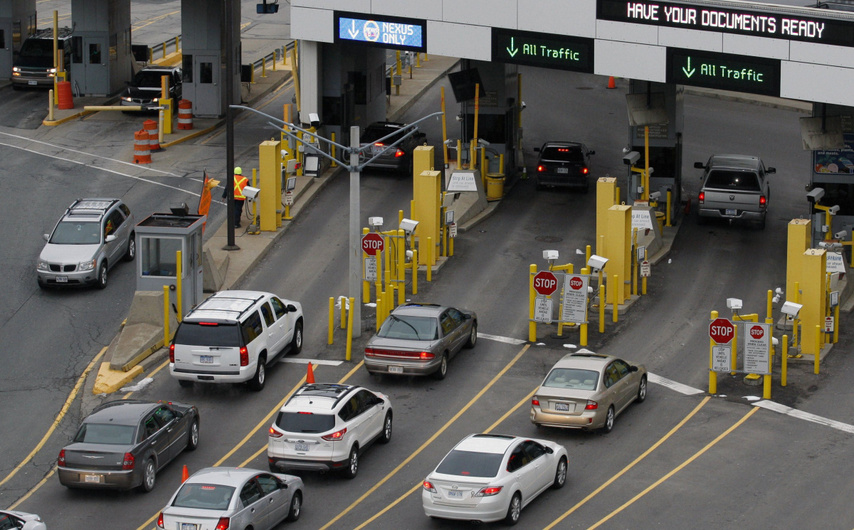 A friend at home in New York asks me what I think of the Oscar contenders playing here: ”Do you feel like you’ve seen Best Picture,” he clarifies. I consider the rolodex of awards movies at this festival, the known-unknowns. Spotlight has the righteousness, the ensemble; Room, the intimacy; 45 Years has Charlotte Rampling and Tom Courtenay, both truly great, and an attention to the texture of chafed bourgeois that rivals James Salter; The Martian finds ecstasy in the labor of nerds. The Danish Girl is impressive, too, in a way: Tom Hooper finally gets a story with two long-suffering wives.

But Sicario is the best of them, a convoy of fixed personalities trucking through liminal horrors along the US/Mexico border. Afterward, I glance around Toronto’s festival street and feel dust in the breeze. A giant Netflix logo is projected against a brick wall like the Bat-signal, a distress call whose damsel is anyone with a monthly subscription.

At a bar in Kensington Market, I watch clips from Freeheld, another supposed Oscar contender in which Julianne Moore portrays a famous lesbian activist and wears a blonde wig. A drag queen sashays in front of the screen, stoic and wearing a blonde wig, too. I wonder whether the Oscars’ red carpet gets cleaned every year before they roll it back out, who decides who gets the account. Like most things it comes to be represented by an invoice somewhere, crowded within a paper file.

Across town from me a twink reporter enters the glass cemetery of a hotel lobby and steps into the elevator, twenty-five floors and one to grow on, he’s eager to file the day’s coverage and get some rest. “I keep meaning to get laid this fest,” another journalist in the elevator tells him, “but then I come back here and fall asleep instead.” The ding at twenty-six is like a cash register heard from very far off. 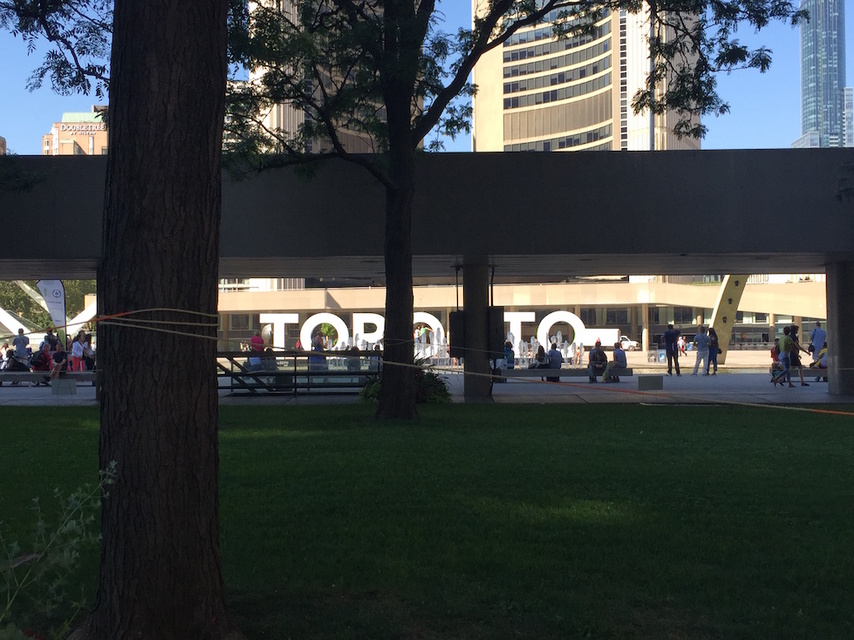 In the second season of True Detective, a prostitute stares at Rachel McAdams and grimly tells her: “Everything is fucking.” But they forgot the second half of the axiom, I think: everything is fucking, and everything is sleeping. Similarly, TIFF rafts along between brutality and peace, the demands of a far-off desert industry overlaid with the city’s expansive pleasantness: the pin-quiet subway cars, the walkability and no one jaywalking; the casually diverse neighborhoods, and their unexpected silences. Listen: no one says “yass” in Toronto.

I dump my 3D glasses in the bucket outside The Martian and float upstream to the AGO, where Apichatpong is showing an audience screengrabs from a recent bedtime Skype session with his boyfriend. His installation “Fireworks (Archive)” is playing in a room nearby; inside it smells like piped-in eucalyptus but the sound of fireworks detonating in black-and-white pierces the scent, keeps me on edge. At the press conference for Room, 7-year-old actor Jacob Tremblay sheepishly says that he likes being at this festival because it reminds him of Disneyland. “But there are no rides,” co-star Brie Larson corrects him. He shrugs: “There are a lot of people.”

Seated at an izakaya around the corner from the Ryerson, another festival venue, my friend gestures across the street. I look up from lobster ceviche to a vacant lot, unusual for this part of town. “That’s where my condo will be,” she says, “the thirty-second floor. But it won’t be built until 2018.”

2018, I think, the year of the Jurassic World sequel, Avengers: Infinity War (part one), Godzilla 2. The final Fifty Shades of Grey. It’s just been announced that Sicario will get a sequel from Lionsgate. Will it play here, too? Like Shu Qi in The Assassin’s title role, culture comes for us all.

That evening I mill around the Princess of Wales auditorium before Jia Zhang-ke’s Mountains May Depart: the crowd is largely twenty something Chinese fans, they convene from every direction and form an endless line that snakes beyond coffee shops and Irish pubs, beyond the garish billboards for Kinky Boots the musical. Inside Jia appears onstage and his reception is Taylor Swiftian, cheering from the nosebleeds at the slightest mention of hometown Fenyang. His movie, the best of the festival, unfolds in three discrete parts: 1999, 2014 and 2025, the year my friend’s condo turns seven. The final segment is the key: Jia’s self-acknowledged nod to youth culture, it relocates us from mainland China to the gold coast of Australia for his first experiment in science fiction and English language, dropping the mic on any critic’s attempt to petrify him within the Eurozone canon. Deliberately tasteless and full of wet life, it’s the craziest cinema this side of Furious 7. 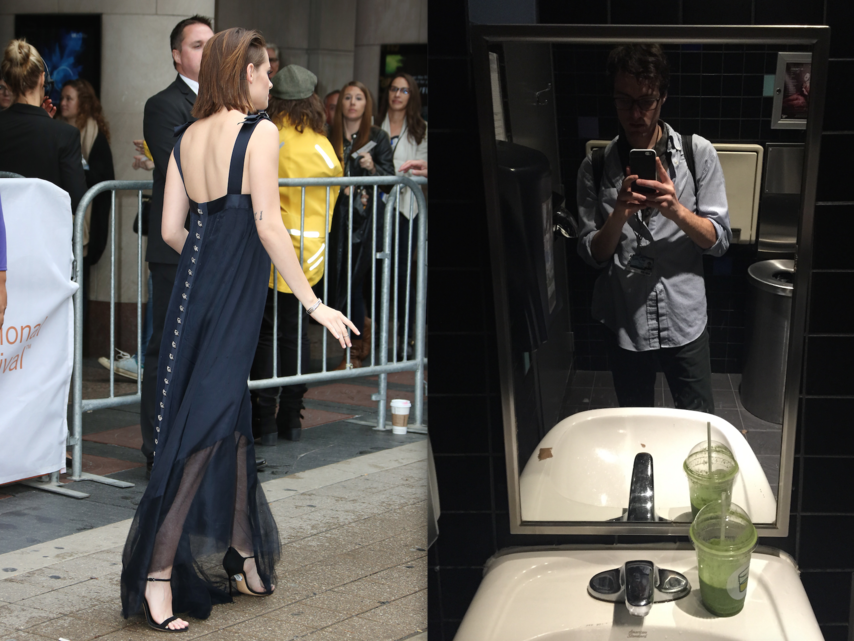 Seven again: the seventh day, my last, writing postcards in the lobby of the Chelsea Hotel. I spent a few weekends at this hotel as a kid, I remember; mom got tickets for The Phantom of the Opera. And now I remember that it was the Princess of Wales then, too, and that I had been in almost the same seat as I was for Mountains May Depart, twenty years removed. At festivals people like to talk about time, about things happening once and then again, as if marching route-step with the foreign legion of auteurist cinema reveals any timeline as an illusion, perfunctory. But sitting here I think that some things do go away, and stay gone, at least relative to one lifetime—which is all we can ask for, and the least that great movies deserve. The best that I’ve seen here—Mountains, Cemetery of Splendor, 45 Years—might agree.

When my eyes open at 8:30 a.m. the next morning, my flight has risen without me, no refunds. Everything is fucking, everything is sleeping. I dream my way out the door and through a cab to the bus station, the Airbnb bedroom somewhere behind me, tousled and thirsty for a new occupant, again unfamiliar, the Greyhound clerk gathering my Passport, “You’d better hurry if you want to catch this one,” he says, “Yes,” I agree. Everything is.

I stop at the station’s single, rundown kiosk and ask for a bottle of water. It costs $3.49 CAD. There are exactly three Canadian dollars and fifty cents left in my pocket, I hand everything over and walk to my gate, the fullness of feeling depleted. Onboard I settle into a seat at the back; I hold my bag close like a gypsy, watching the others file in. I turn to the window and wait for movies to wake.

—
This text was originally commissioned and published by Flash Art magazine.