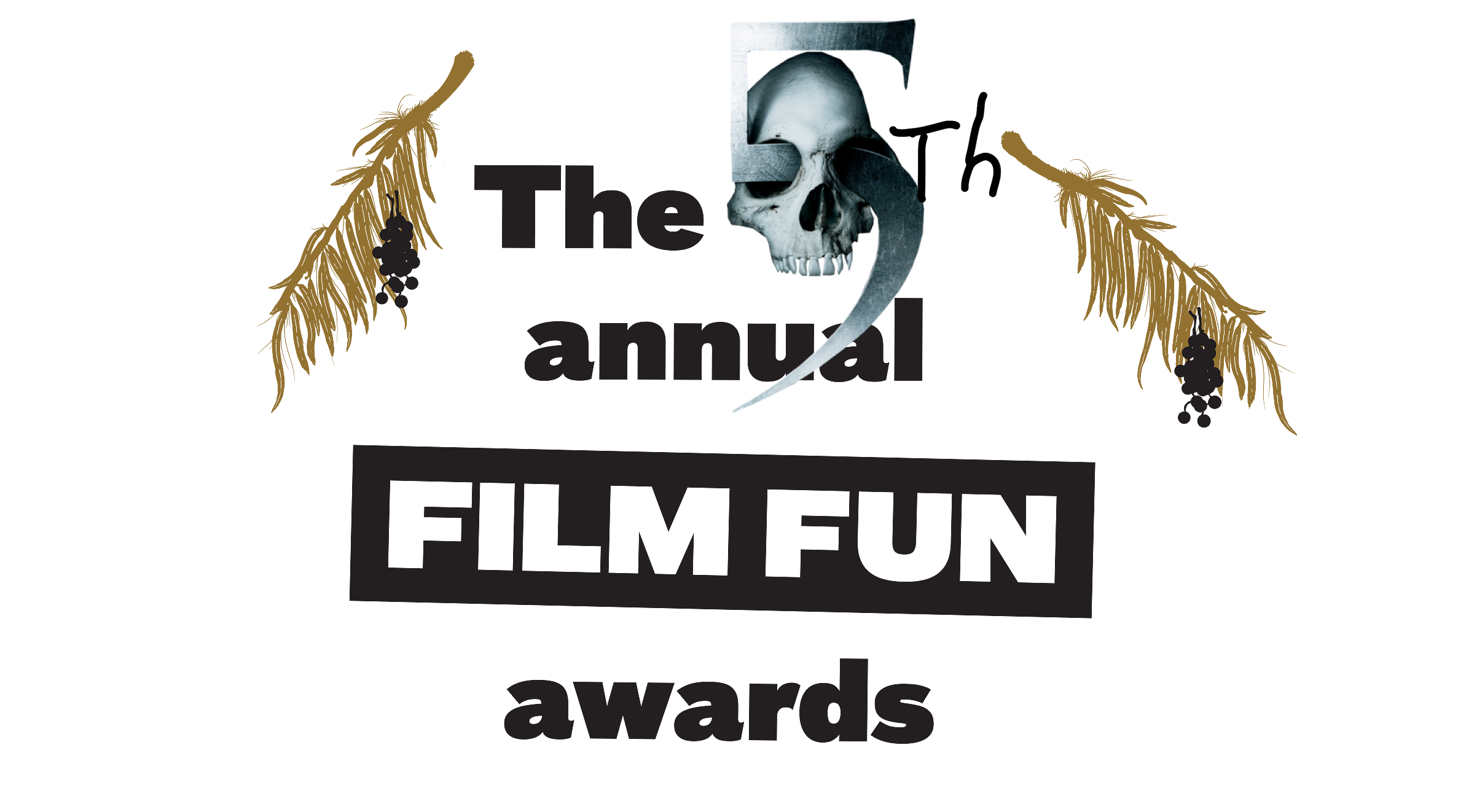 HOLLYWOOD, CA—The 5th Annual Film Fun Awards were held on Saturday, February 8th at The Three Clubs Lounge in… Hollywood, California, just several blocks south of the next evening’s Parasite Awards. Featured prominently in Jon Favreau’s Swingers, The Three Clubs set an auspicious stage for the most explosive and pyrotechnic Film Fun Awards ceremony to date, in stark contrast to the other guys’ all-time viewership low.

With no hippies in sight, guests congregated for an hour before the ceremony, sipping champagne coupes as co-hosts Mike and Keaton furiously scissored and glued the final jigsaw pieces of the awards together—on empty stomachs, no less. As usual, the ceremony opened with “I Wanna Show You Something…”, a highlight reel of Best Picture winners from Film Fun past. This year’s video was updated to include the previous three years’ winners: Crazy Rich Asians, Lady Bird and La La Land. Then, riffing on Marriage Story’s opening, Mike and Keaton read a short love letter called “What I Love About Movies” before taking the stage to the thunderous beat of Vanderpump Rules theme song “Raise Your Glass”.

With the shit now underway, 8-Ball founder Sean Monahan cackled onstage for the first award of the evening, and Joker’s (presumable) last stand: Worst Talking. Joker was questionably snubbed in the category of Best Dance, presented by Pete Novikov, with the trophy going instead to Jo & Laurie from Little Women for their inspired porchside tango. Film Fun icon Gregory Fong was up next, delivering two wins to Uncut Gems (for Words) and Cats (for Birds) amidst a torrent of bird cries rising up from the neighboring streets of Hollywood.

Star couple Andy Faulkner and Sophie Corra next presented Best Supporting Actor and Best Runtime, respectively, to Brad Pitt and his movie, Once Upon a Time in Hollywood. It was a potent one-two punch for Tarantino’s movie opera early in the show, and a harbinger of bigger fish to fry later on. The Cinerama Dome quickly picked up another win for Best Theater, sending further chills down the backs of the crowd as a fairytale narrative began to take shape. 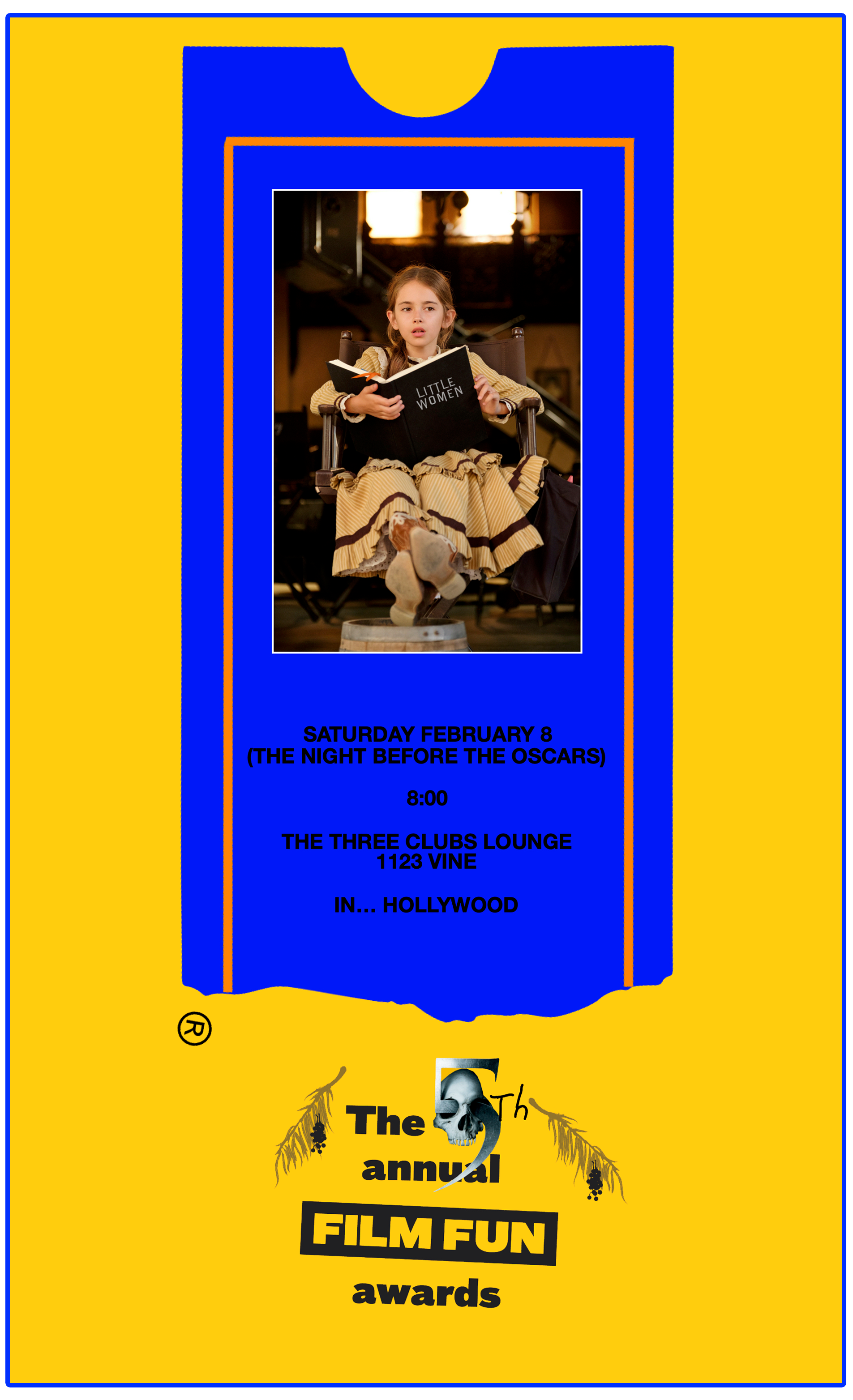 Making up for her loss in Best Dance, Jennifer Lopez won Best Supporting Actress for her hard work in Hustlers, presented by academy newcomer Julia Gauger. J Lo’s win follows a historic night last year, during which she was recognized with Best Lifetime and Best Actress. For what it’s worth, fellow compétìtion Julia Butters and Margot Robbie (both nominated for Once Upon a Time in Hollywood) didn’t leave the ceremony empty-handed. They were gifted a turkey sandwich (with crust) and an official 5th Annual Film Fun Awards™ pamphlet, respectively.

Another ceremony newcomer, Eugene Kotylarenko, handed Parasite a win in Best Brilliance and proceeded to filibuster for the first time in awards history, blatantly ignoring the cutoff music. Jon Favreau, meanwhile, returned to The Three Clubs for the first time since Swingers in mild disgrace with his latest Disney outing, The Lion King, which lost out on an award for Worst Best to Disney’s own Star Wars: The Rise of Skywalker. Perhaps he’ll recapture his roots in time for next year’s show. The Politician star and Samara darling, actress Carrie Gibson, continued with a rousing and faintly sinister introduction for Most Purge-Like, where the ill-fated Cats notched another victory.

In a surprising political turn, Film Fun’s professionally neutral accountant Kim Roberts broke her objectivity and further riled the crowd, summoning an anger dating all the way back to the 2008 financial crisis, and stoked both by this year’s Iowa caucus and the unfortunate return of the Joker. Unlike the Joker’s speech at the Oscars, however, Roberts brought her message back to love… in this club. The audience watched a clip from Hustlers and, now feeling much lighter, segued into the new category of Bangs, also presented by Kim. The screen oozing with a competitive edge, Octavia Spencer’s Ma hairdo chopped the prize off for itself, commencing one of the night’s best leadups. Fittingly, Ma won Best Leadup to a Movie shortly thereafter. 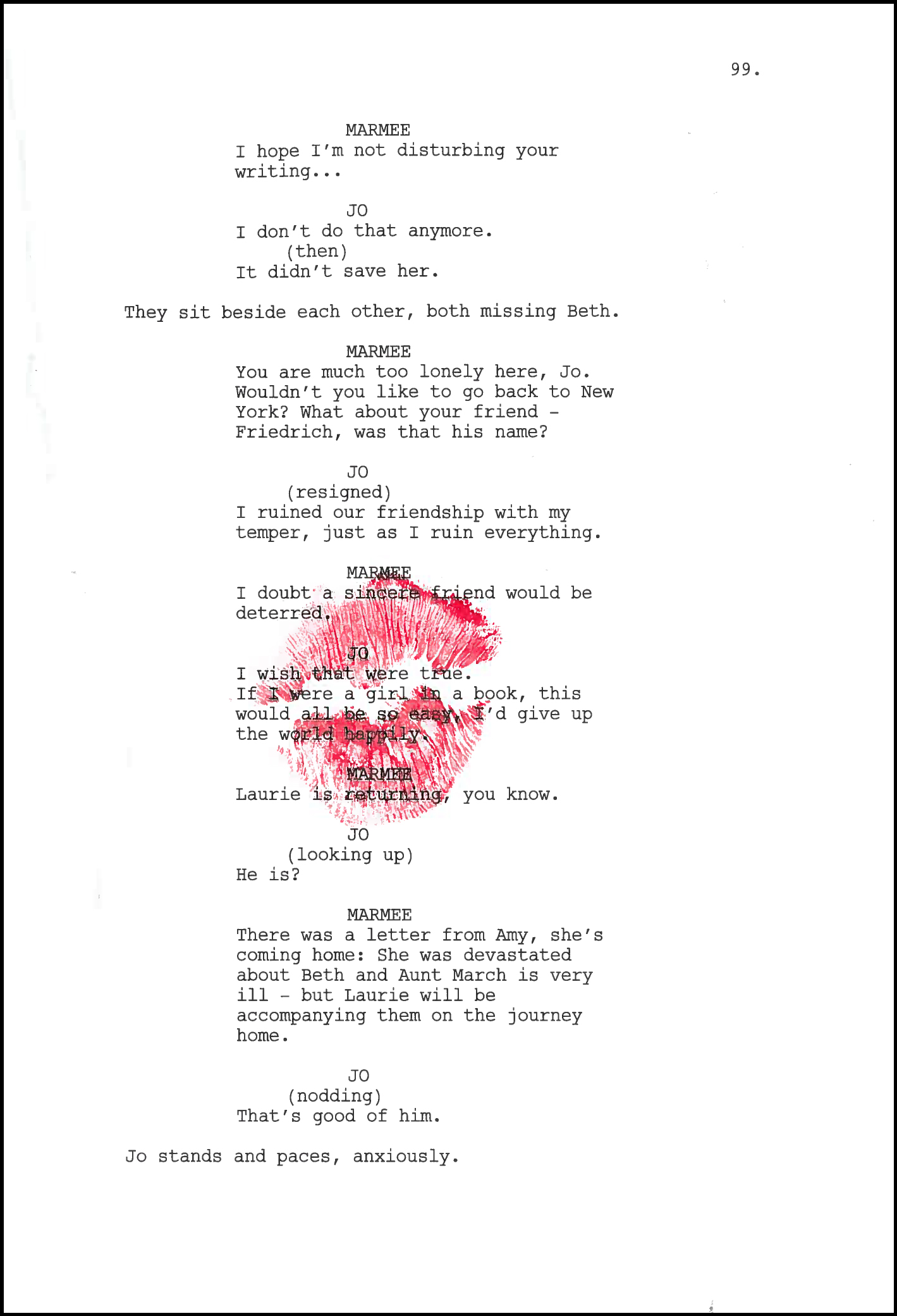 After a brief intermission, Mike introduced the Third Pope, ex-altar boy Keaton Ventura himself, who proceeded to lead a popcorn communion in the hushed auditorium. Guests lined up down the center aisle, single file, to receive a kernel of popcorn in their outstretched palms as actor Joey Jennings sang softly in the background. If the Lord wasn’t already at The Three Clubs, he was now.

And He was needed: an In Memoriam segment unspooled next, paying tribute to the fallen website/data aggregator BoxOfficeMojo.com, which no one no longer looks at due to its recent (and tragic) redesign. Joey Jennings again sang over the clip montage, transforming Celine Dion’s “My Heart Will Go On” into a beautifully muted and reflective statement on the passage of money and time through Hollywood’s ailing body. Right on theme, Avengers: Endgame picked up the award for Best Box Office next, while Mike and Keaton retook the stage to pay tribute to The Blockbuster (1975-2019) for Best Lifetime.

Following tradition, Best Sounds and Best Visuals were awarded by a pair of mysterious Film Fun neophytes, with Once Upon a Time in Hollywood and KHJ sharing the former prize, while Cats again planted the latter firmly in its litter box. Keaton’s mom, Bridget Flower, teleconferenced in for Best Script, granting another trophy to Quentin Tarantino and Hollywood from her blustery vista in Gulf Shores, Alabama. If a pundit strained hard enough, he could practically smell the salt of another sea coursing through the air.

The final awards of the night fell down in rapid succession: Theda Hammel presented Best Actor to Keanu Reeves and John Wick 3; Sam Kramer, channeling Monica Bellucci and his following morning’s hangover, notched Best Director for Tarantino; and Joey Jennings gave a heartfelt tribute to the Actresses of life, with Octavia Spencer ultimately accepting that pivotal prize for Ma. (She was previously nominated for Best Actress for The Shack, and we don’t mean Shake.) Experts in the crowd began to wonder if we were seeing a new stat materialize: that any woman nominated for both Bangs and Best Actress was guaranteed a win.

As Mike and Keaton came up one last time, verging on incoherence, what could the crowd do but remember they love movies, and agree that this ceremony was getting a little long in the tooth? Once Upon a Time in Hollywood took a flamethrower to its four beloved co-contenders in the top category, beating a unanimous path to Best Picture. It was just another one of Film Fun’s reminders that you don’t always have to subvert expectations when you’ve got one of the best movies of all time in your pocket: Tarantino’s film ended the night with 6 awards, tying another movie that basically could’ve been called Once Upon a Time in Hollywood. Pundits couldn’t help but gush that Mia Dolan herself would be proud—and that she’d probably leave the kid at home for this one. She, like everyone else in the crowd, could almost hear Sharon Tate’s voice asking her if she’d like to come up to the house for a drink.

And so ended this fairytale…. for now. What will the overall message of tonight’s victories be? 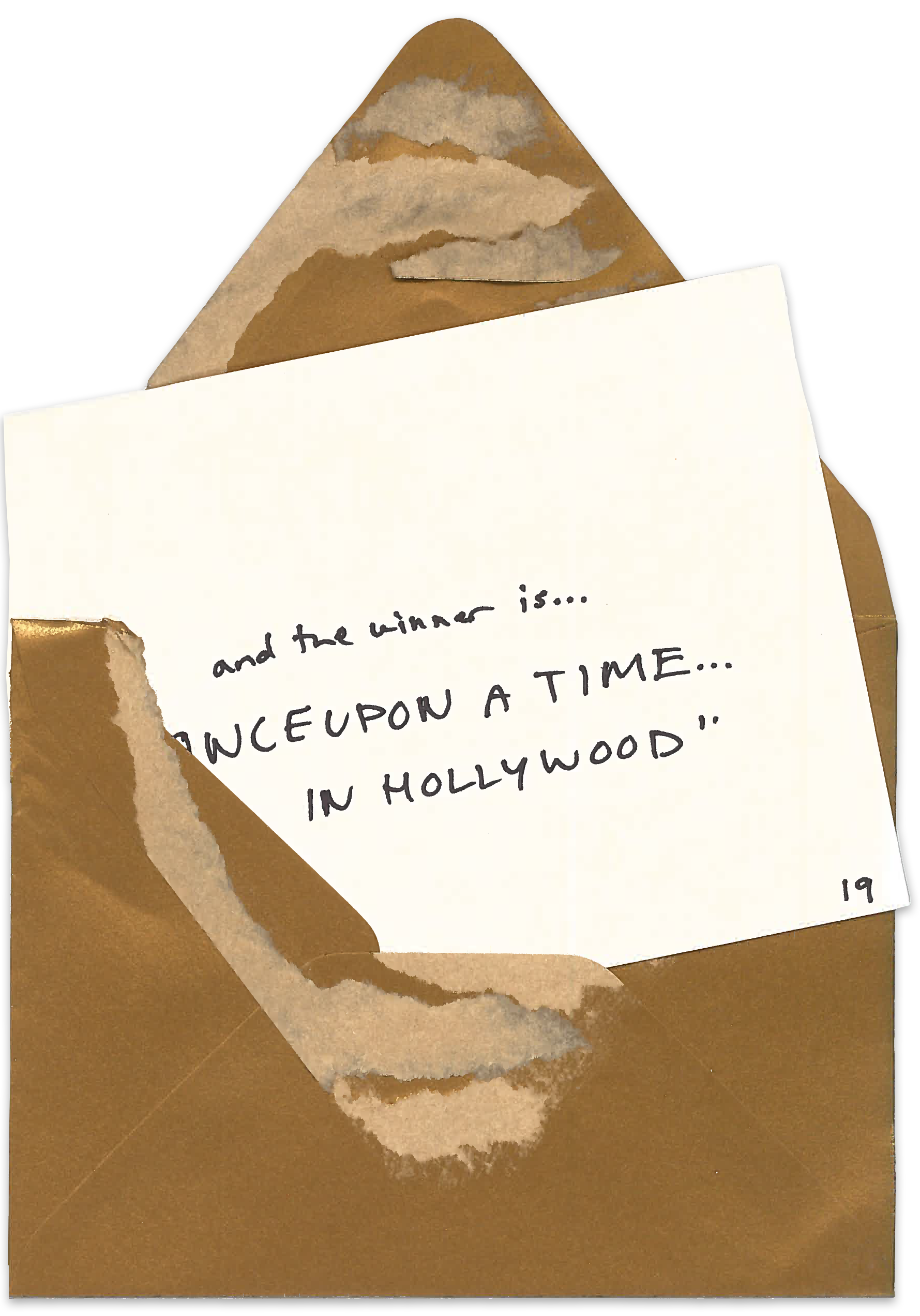 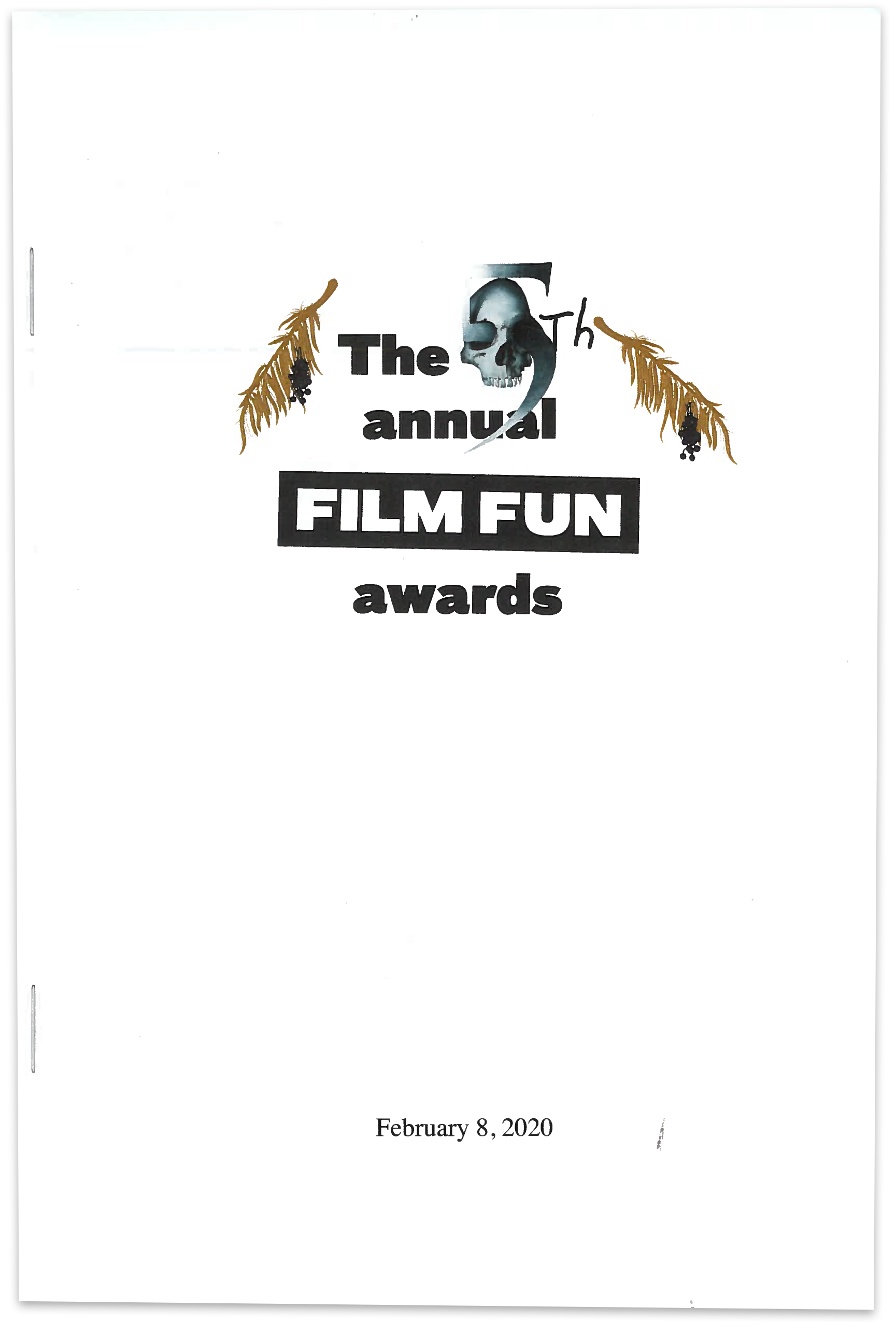 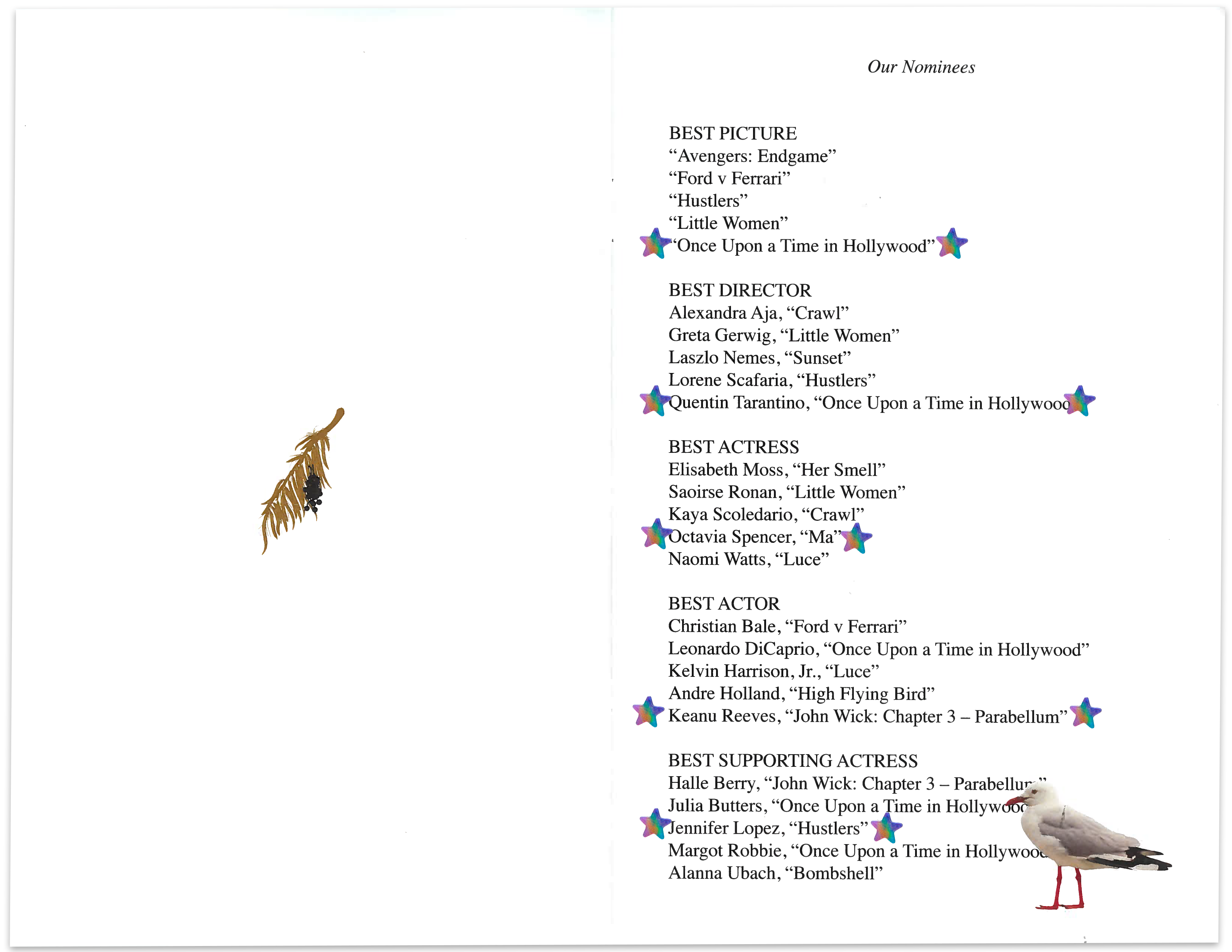 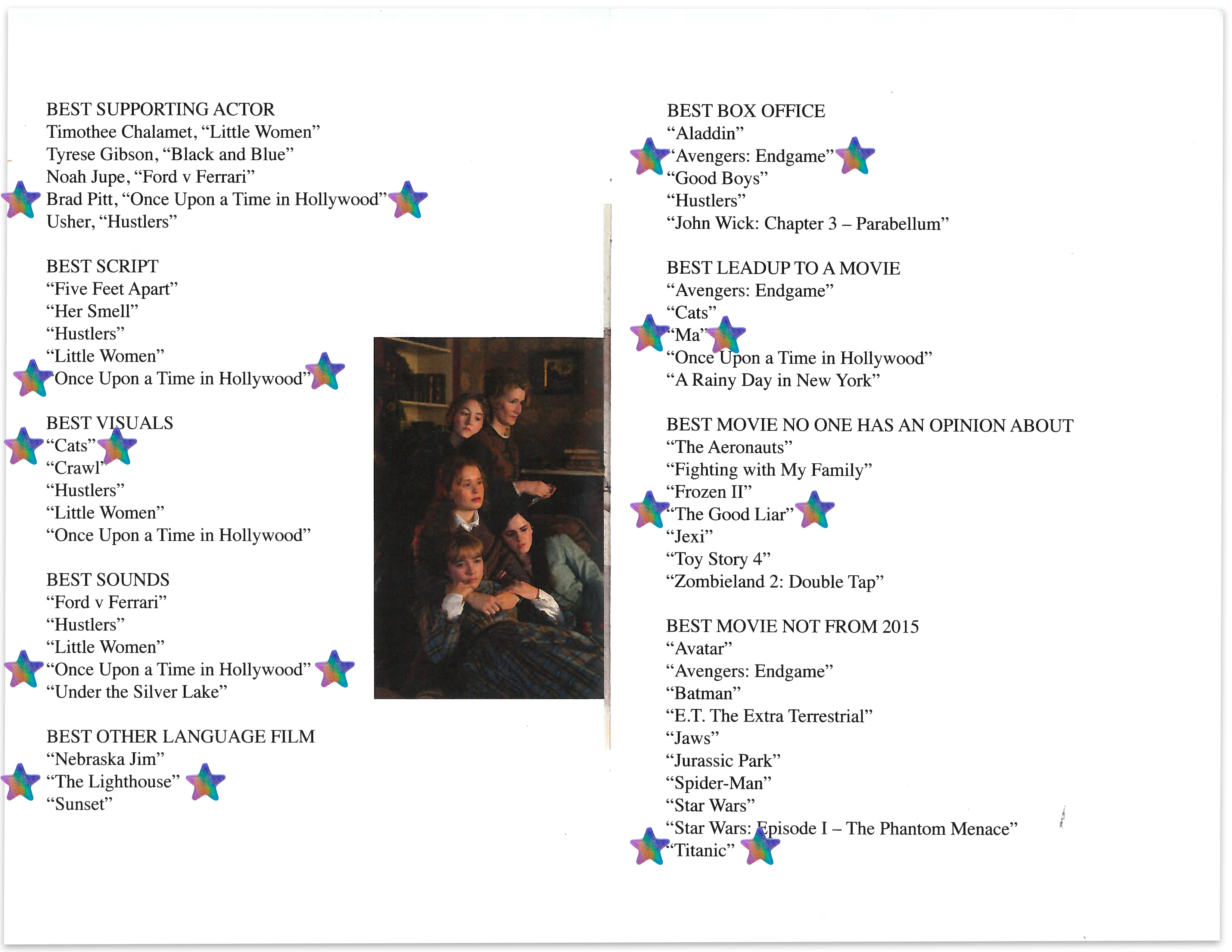 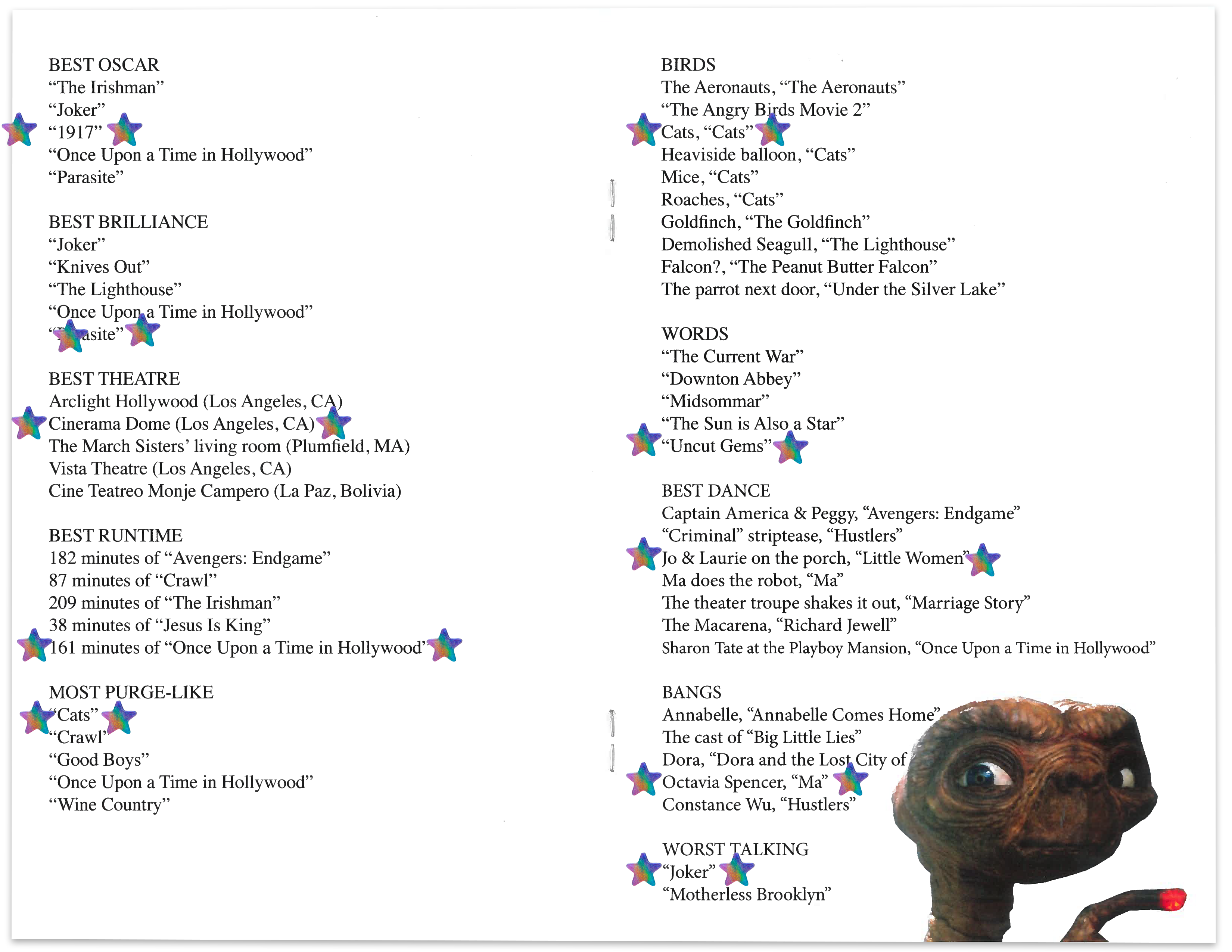 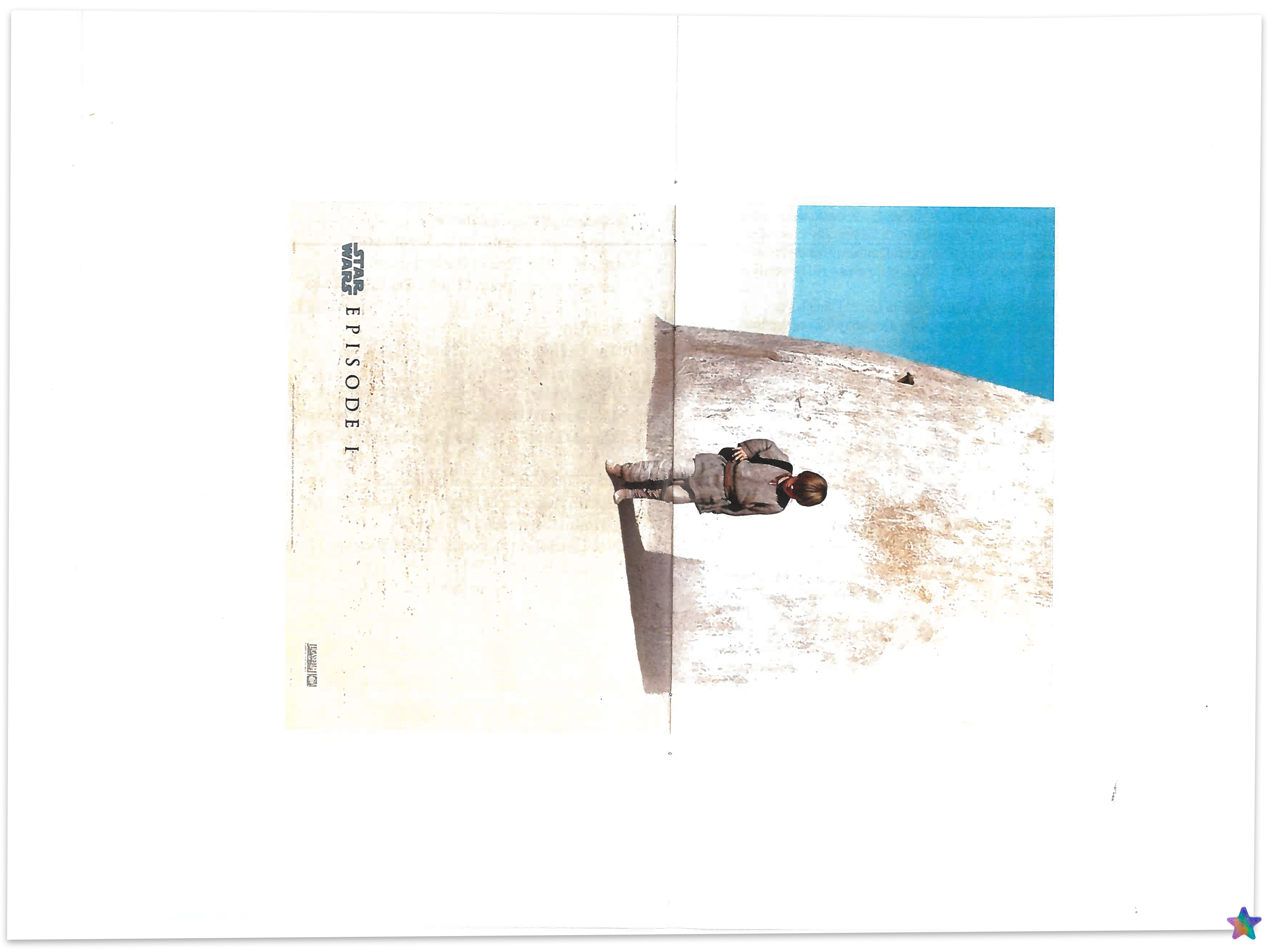 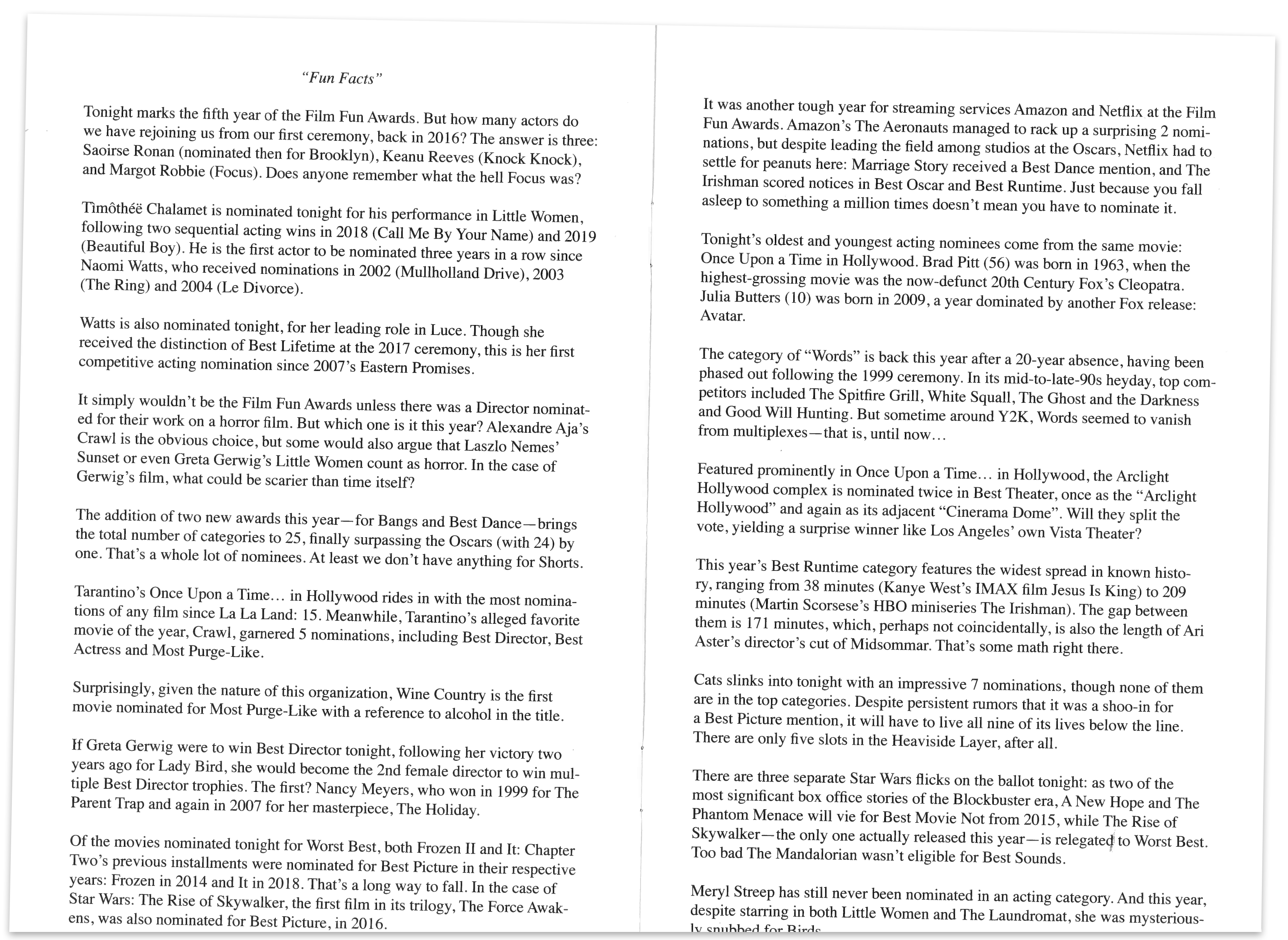 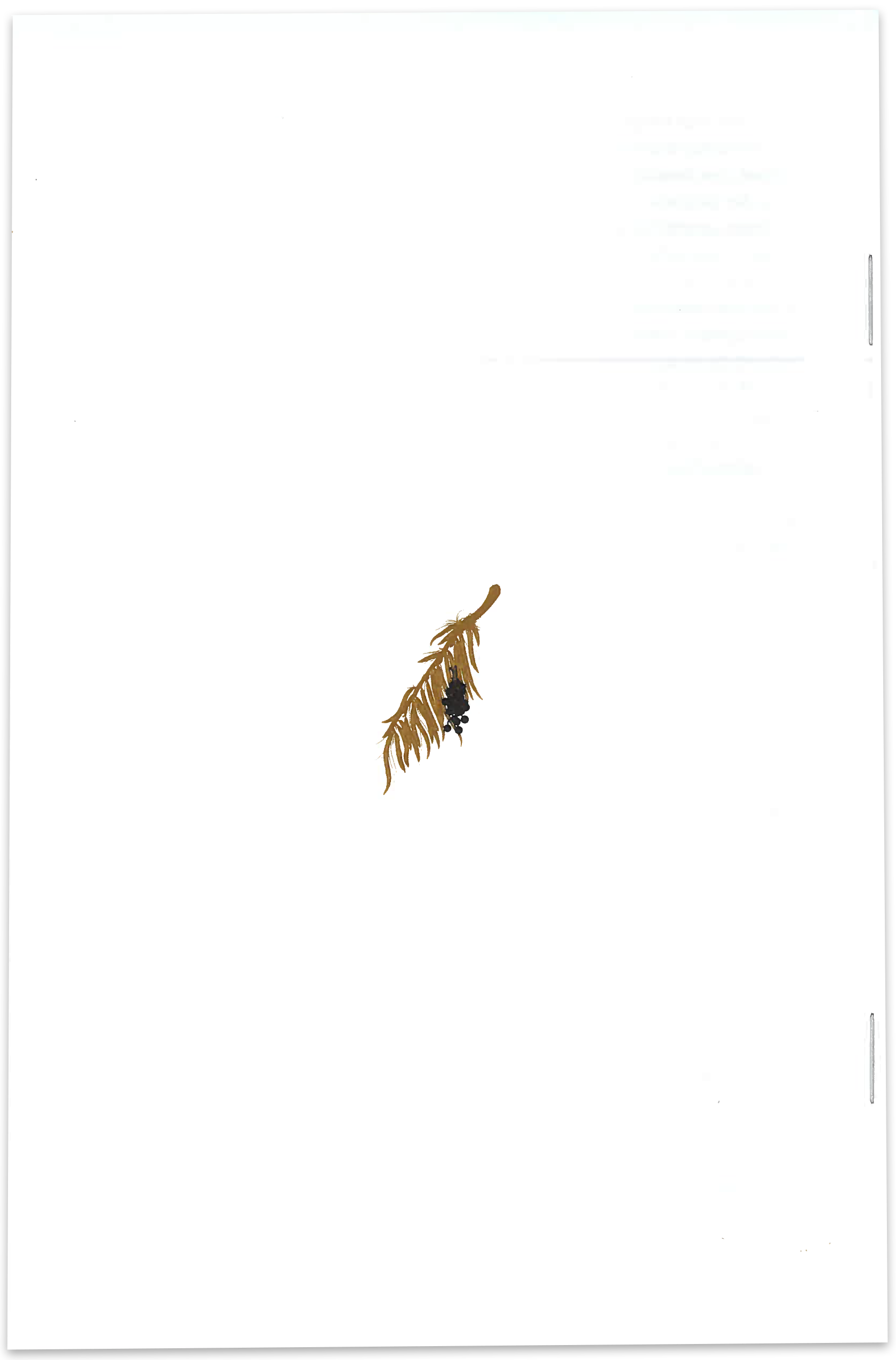 We’ll see you at the movies… 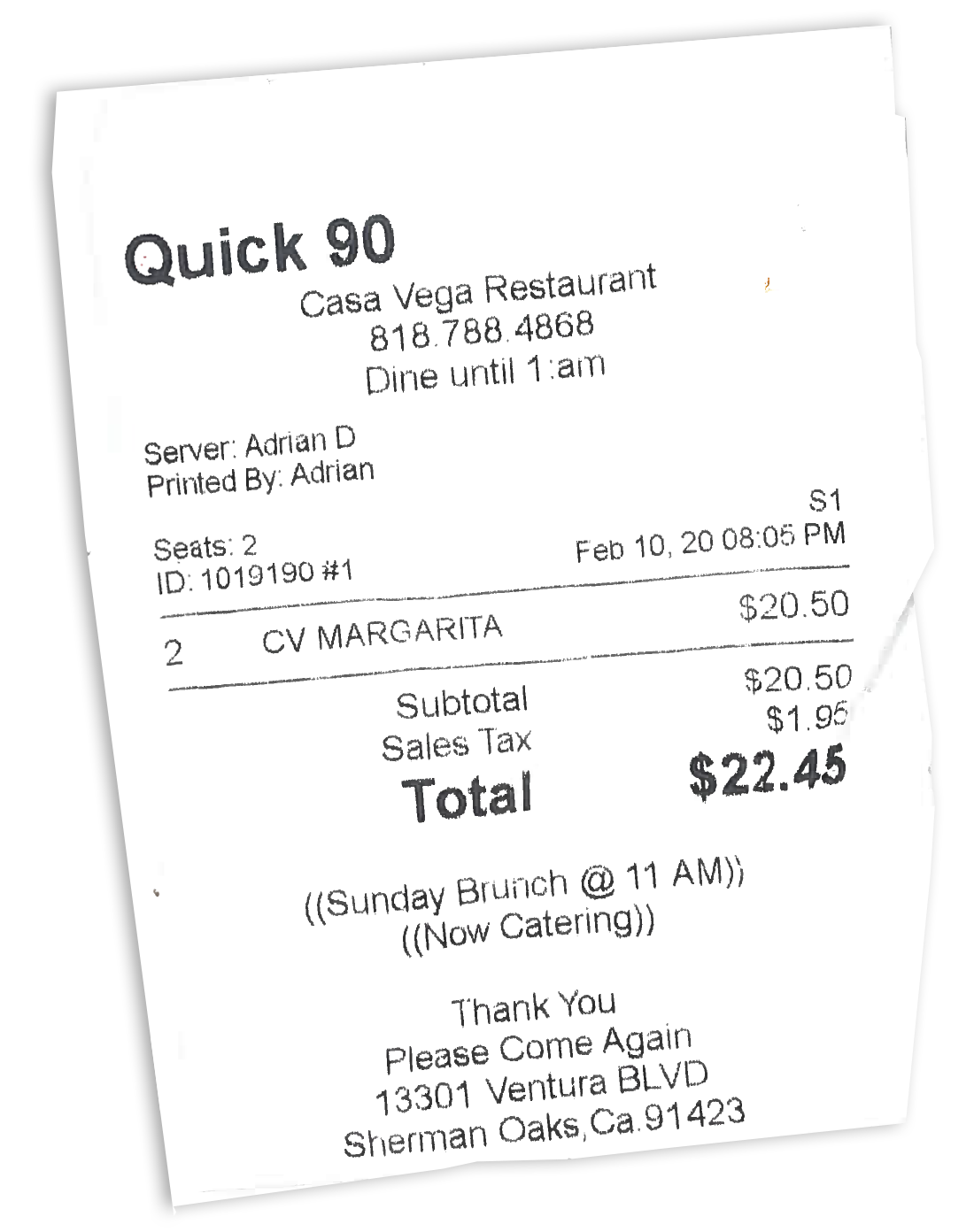